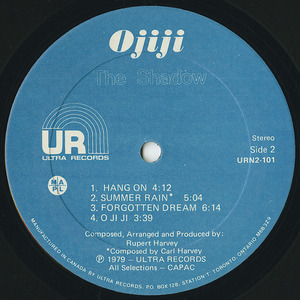 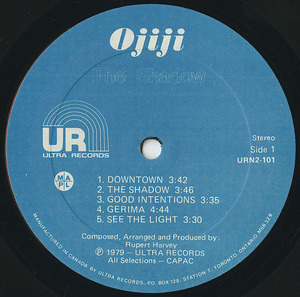 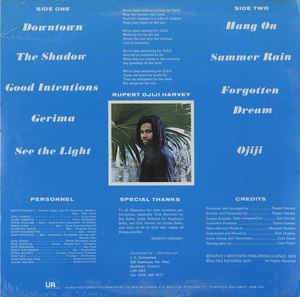 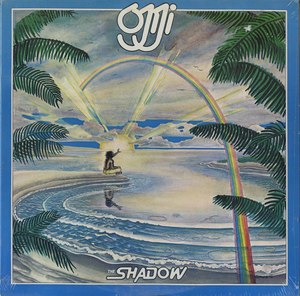 Rupert "Ojiji" Harvey has been an inspired songwriter, poet and musician from the age of eight. Over the years he has accomplished quite an array of achievements. Since coming from his homeland of Jamaica at the age of eleven, Ojiji has had a historic impact on the Canadian music scene. In his teenage years he helped to form the well known Canadian R&B band, CRACK OF DAWN, which became the first all black band in Canada to be signed to a major label; CBS records. He then pursued his solo career with his first album, OJIJI 'The Shadow', a jazz fusion style project. His second project was entitled, OJIJI 'Halfway Home', a Reggae/Jazz fusion product, very innovative for the late 1970's. Ojiji went on to found and head the award winning Reggae band, MESSENJAH, and was signed by Warner Bros. Messenjah went on to win every major music award in Canada including the prestigious JUNO in 1998. A very accomplished and diverse individual, Harvey is also a talented martial artist with several film and television credits to his name as well as being the head of the Tai Mantis Kung Fu Association in Toronto, Canada. Ojiji is proud of his songwriting successes. He wrote the hit song, "Cool Operator" and ninety percent of all Messenjah songs, as well as singing most of the lead vocals. His major personal highlight was performing for Nelson Mandela at Skydome, Toronto(1998). It was after performing in Hawaii and loving the vibe of the Hawaiian people that Ojiji decided to record his next project there. This project, 'Once a Lion' contains some of his best work and heartfelt messages. He hopes to share this work with the world, helping us to come together and help one another spread the message of love, peace and harmony.