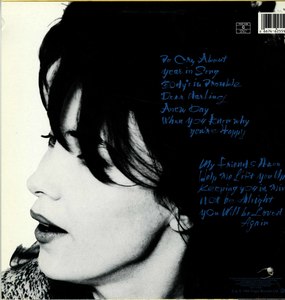 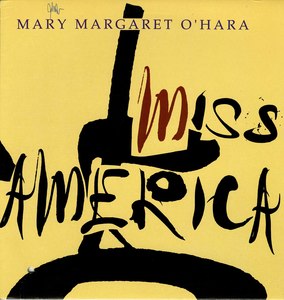 Miss America stubbornly emerged in 1988, named because Mary Margaret O’Hara thought the record was “so much unlike what those two words together said.” The Canadian singer had been made to feel irrational for pursuing her vision (she knew what people said about her: quirky, eccentric, I’ve heard chickens sing better than that), and the grueling process of getting the album out into the world left her emotionally and physically tired, disinclined “to bother people with my own things.”

Her story is familiar in many ways: a powerful label discovering a young female talent, capturing it, then attempting to quash her idiosyncratic style, repeatedly sending her back to the drawing board in search of a hit. What isn’t familiar is O’Hara, no placid archetype, a one-of-a-kind torch singer whose flame floats free of the match. She is an improviser who stacks words and melody in real time to try to approximate a feeling only to immediately question the results, like a sculptor meticulously pressing clay into the shape of a face then wondering why they had ever thought it might appear human. Navigating an unimaginative record industry was small fry for O’Hara, who was then a 38-year-old singer devoted to conceiving a form of expression that transcended physical bounds and conventional relationships. She went in search of pure, unmediated sensation and dared others to experience it with her. As she sneers on “Year in Song”: “Now hit those gleaming faces hard/Though they’ll try to miss it.”

Plenty did. Miss America remains a cult album 30 years after its release, cited occasionally by Nick Cave, Perfume Genius, Neko Case, Tanya Donelly, and the Dirty Three. It would be too easy and somewhat disingenuous to lay the blame for its disappearance at the feet of a sexist music industry—in Britain, at least, it was greeted with total reverence. (That is how you imagine Morrissey discovered it, inspiring him to ask O’Hara to howl on his 1993 song “November Spawned a Monster.”) Maybe some failure of promotion on Virgin’s part denied Miss America its rightful standing alongside the decade’s other jarring noir masterpieces like David Lynch’s Blue Velvet, Tom Waits’ Swordfishtrombones, and Leonard Cohen’s I’m Your Man.
-pitchfork