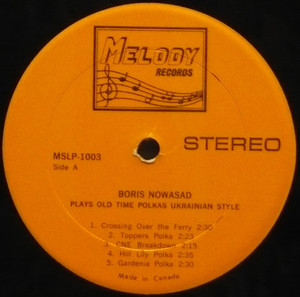 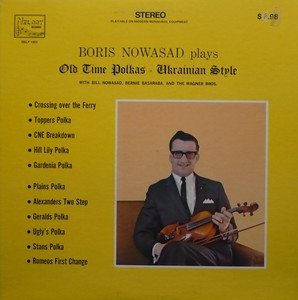 Boris Nowosad began playing the violin a a very young age and was a member of a dance band by his early teens. In 1959, Boris and his father Bill started their own band, which would eventually become known as The Melody Kings, based out of Dauphin, MB. (not to be confused with Saskatchewan's Melody Kings).

Bill Nowosad had played guitar in many other combos before joining with his son. In 2010, Bill was recognized by the Ukrainian Musicians’ Association with the Manitoba Legendary Achievement Award for his efforts in the preservation of Ukrainian culture and heritage. Bill retired from the band a few years before his passing in 2011.

Over the course of his own prodigious career, Boris Nowosad has recorded several albums, appeared on numerous live radio programs, and played thousands of times at hundreds of dance halls and festivals across Canada! Boris has also competed in numerous fiddling contests over the years, including the renowned Canadian Open Old Time Fiddle Championship in Shelburne, Ontario. Dozens of awards are proof of his incredible talent playing the fiddle. To further his unending commitment to preserving Ukrainian music, Boris has been able to squeeze in time to teach others how to play the fiddle, and he has also joined the committee of The Manitoba Fiddle Association.

In more recent years, The Melody Kings band has become a family affair with children and grandchildren of band members sharing the stage and performing. Boris Nowosad and The Melody Kings have also become the hometown regulars at Dauphin's National Ukrainian Festival.

Often, Boris and his musicians are simply billed as The Boris Nowosad Band.