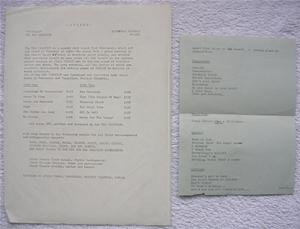 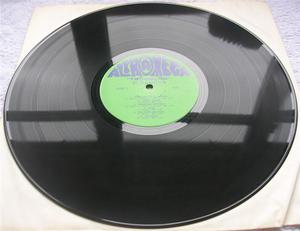 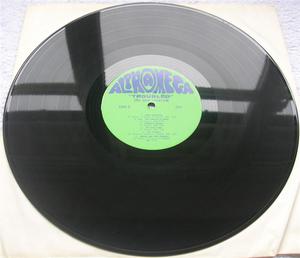 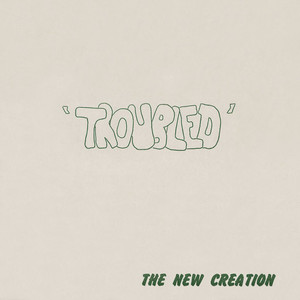 "Must be heard to be believed" is a cliché that's attached to too many records that turn out not to be as strange or entertaining as their reputations might lead you to think. Troubled really is something that has to be heard to be believed, though, in its combination of fervent Christian lyrics and sloppy, untutored garage-folk-psychedelic rock. Never was it stranger than in the opening "Countdown to Revolution!," where gunfire and bomb explosions back heavily reverbed random soundbites of worship and very 1970s-era despair and hip lingo. In a way, everything's a comedown after that, but the very basic guitar-drum-miscellaneous percussion arrangements of the other tunes are eerie enough in their own right. Lay some wholly unself-conscious, awkwardly metered lyrics about the power of God to transform and heal over that, and you have the kind of stuff barely heard in any music, Christian, rock, or otherwise. The instruments and voices are about as out of time as anything committed to vinyl, and the naïve punk artlessness of the performers almost makes it sound as if they're unwittingly satirizing themselves. For this isn't quite feel-good stuff; dirge-like melodies abound, and ballads like "Wind" and "All Is Well" (where all is not well, and the despairing singer wishes he could call the Lord on his telephone) make salvation sound as ominous as a trip to the devil's waiting room. As for even the lighter tunes, it must be said that few songs hailing Jesus have done so in language hailing his bucking the status quo, in almost those exact words ("The Status Quo Song"), and that there may be no other calypso-rock inspirational Christian tune told as a first-person narrative of a woman busted on a narcotics charge ("Yet Still Time"). The CD reissue makes the experience complete with thorough liner notes detailing the group's history, as well as their rediscovery at the hands of dedicated collectors.
-Richie Unterberger

Here's an album that's easy for you to find and it's on CD! The late Ty Scammel ran a record shop in the back of the Vancouver Flea Market that greatly influenced a lot of people, he was a psych enthusiast and taste-maker who had some incredible stuff. One vanity record that he had was the 1970 Christian psych album Troubled by Vancouver's The New Creation. Only 100 copies were pressed. Ty turned the right people on to it, it made waves, and it was reissued in 2003 on the Companion Records label. This inspired The New Creation to get together and record again 34 years later! What they produced was a concept album that is all about The End Times. It ain't an easy album but it’s honest in intent. As a child I had nightmares along these lines, 666 flashing in my skull. This album deals in fear. Many of the songs are sung by the mother, Lorna Towers, with some vocals by the son Chris Towers and drums by Janet Tiessen. Ominous keys and slow tempos, timely samples and folk elements co-exist together. Buy it before the Anti-Christ bans it.