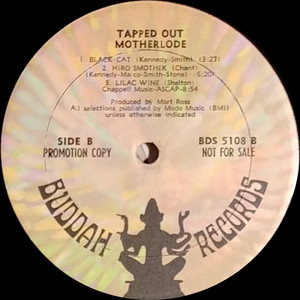 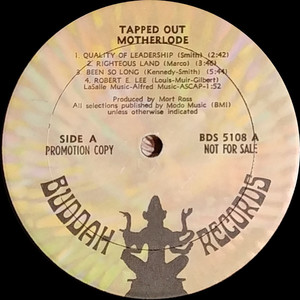 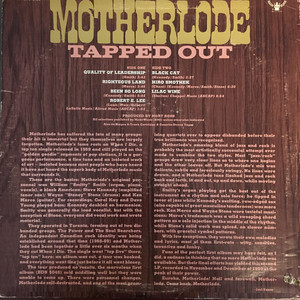 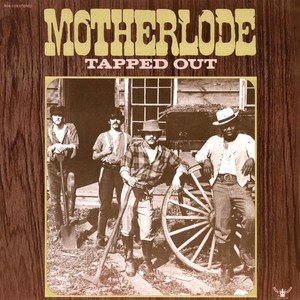 BUDDAH’S BEST: THE STORY OF MOTHERLODE

Motherlode was a London-based band formed during January of 1969, with their heart and history birthed in Toronto’s unique, raw & rockin’ R&B scene.

Steve Kennedy (Sax & Harmonica) and William Smith (Keyboards) had briefly played in one of David Clayton Thomas’ many backing bands; prior to him joining Blood Sweat & Tears in 1968 (potentially the 1st or 2nd iteration of Combine). They found themselves band-less in the midst of one of music’s most interesting years; 1967. Toronto was live and alive throughout the decade and many bands were currently striking out on their own, trying to find some form of audience or success in the fruitful scene.

Eric Mercury and Dianne Brooks were popular singers in the scene, who decided to team up, and they began looking for a band. Steve Kennedy had known Eric Mercury from a previous group (whether both members or playing on the scene at the same time) and got the call; he brought William Smith with him.

They formed the basis of the group with Eric “Mouse” Johnson pickin’ up the sticks and Terry Logan on guitar and backing vocals. Given the relative clout that Eric and Dianne had on the scene, they had no trouble getting gigs at some of the top clubs in Yorkville and on the Yonge Street Strip; quickly becoming a popular live act. It was at one of their high-profile gigs that they caught the attention of a talent scout from New York.

Arrangements were made, bags were packed, and excitement was in the air. The band made their way to the “big apple” where a recording was planned, as well as a number of notable club dates; including most importantly a gig at “Steve Paul’s Scene.”

The venue was full, well past fire capacity and everybody was excited to see the Doors and The Chambers Brothers, who were riding high off recent chart success on both sides of the border. While slim odds were stacked against them, the Soul Searchers blew everyone away and quickly became favourites at certain venues around New York; eventually being rebooked at “Steve Paul’s Scene” and opening the New Year’s celebrations at “Scene East” (another Steve Paul joint).

As 1968 got kicked off, there were serious hopes that given their growing popularity in New York that they may get signed by a major label. They went into the studio for the recording date previously mentioned, and “Lonely Girl/Lonely Girl Part 2” was recorded. A tantalizing slice of Northern Soul with a Motown shimmer, that saw limited US release, sunk like a stone and in present day commands 4 figure prices for the few copies still in circulation.

Unfortunately many problems began to rear their head for the group, most pressing of which was Dianne Brooks leaving after falling head over heels for a man she met while they were playing in New York. Opportunities quickly dried up, hype around the band dissipated, and they were on the bus home. They took a multi-week booking in the Maritimes, with which, the problems worsened. Eric Mercury longed for New York, the band grew tired of his attitude and mopishness regarding their lack of success, and reception in Halifax wasn’t great. The death blow of the band was dealt back in Toronto when they played a gig without Mercury and he was off to NYC. The band quickly broke up as Steve Kennedy and William Smith left to join Grant Smith & The Power.

Steve Kennedy had already gotten acquainted with the band when he was hired for the recording of their debut single “Keep On Running/Her Own Life” as well as the follow-up “Thinkin’ About You/You Got What I Want” in January 1968. He’d officially join the band around April of that year while William Smith wouldn’t join until September. Upon their joining, the band wasted no time recording their debut album to capitalize on the successes of their two singles and their live show. The album was recorded and released in October/November of 1968.

The album fared poorly, compared to the successes of the two previous singles. The grueling touring schedule and lack of serious success had a few members plotting their escape. They were Steve Kennedy, William Smith, Ken Marco and Wayne Stone. The foursome relocated to London, Ontario where they would try to build their new group.

They got settled, named themselves Motherlode, and began playing the local circuit. One of their biggest gripes with Grant Smith & the Power, was the fact that they were stuck playing everyone else’s material; almost all of their songs, with the exception of 3 were covers. This prompted them to give special focus to writing original material, while they continued to play throughout London. On one such gig, they managed to catch the attention of Revolver Records co-founder Mort Ross, who was looking for acts to sign for his new label. They signed with Revolver where as fate would have it, they were label mates with ex-band mate Dianne Brooks.

The band spent the majority of spring-1969 in the studio recording the material for their debut album. L.A. session extraordinaire Carol Kaye played bass for most of the album (Dave Young played bass on the second last track) and acoustic guitar on some tracks. Ex-band mate Dianne Brooks (now label mate) contributed backing vocals on some songs and wrote “Memories Of A Broken Promise” for the album. In return, Steve Kennedy and William Smith wrote the song “The Boys Are On The Case” for Dianne’s debut album; released April of the following year. Additionally, the entirety of Motherlode would perform instrumental backing on a few tracks. Doug Riley (label co-founder and future band mate) as well as Terry Brown (label co-founder as well as future Rush producer) produced the sessions. The savvy business sense of the label heads, as well as strong offering from the band for their first single helped them secure international distribution with Neil Bogart's Buddha Records.

“When I Die” the debut album was released in July 1969. Thorough great promo that yielded a considerable amount of hype, the band’s debut single “When I Die/Hard Life” reached the Top 10 charts in Canada (eventually being certified Gold) and managed to also reach #18 in the U.S. They quickly put out a second single “Memories Of A Broken Promise/What Does It Take (To Win Your Love)” which managed to also reach #25 in Canada but failed to chart in the U.S.

Motherlode had a tour awaiting them in August and more studio time booked to record a second album in October. With record executives willing to splurge on the hot band, nobody was worrying about their second single failing in the States.

The recent successes had Toronto-based RPM Magazine raving; calling them “Canada’s First Suprgroup!” This distinction may have come from some “greasing” by the label heads. It seems they may have jumped the gun unfortunately, as Motherlode was split up by December; with everyone except William Smith helping found Doug Riley’s Dr.Music in January 1970.

In an interesting twist of legal trickery, it turned out that Mort Ross and Revolver Records owned the name “Motherlode.” Mort Ross was adamant about recouping his initial financial investment made in the group, so he insisted on William Smith rebuilding the group so they could release the previously recorded second album “Tapped Out.” He hired Doug Richardson (saxophone), Anthony Shinault (guitar) and Philip Wilson (drums).

This version of Motherlode, only stayed together long enough to release the cobbled together album “Tapped Out” and one single "I'm So Glad You're You (And Not Me)/Whipoorwill." The single was released in March 1970 and although it had minor success in some markets, it failed to help the band’s situation; as did the album. This saw the band breakup once again leaving Revolver Records in a bit of a bind.

Tapped Out had failed thoroughly, only being released in the U.S. and barely there for that matter! Although following the same basic funk/soul rock as the debut, the album was generally perceived as disjointed; sounding incomplete. There was minimal material to work with so the songs had to be extended as much as possible, and only seven made the album. With the songs too long for radio play and station PDs not all that interested, it went nowhere.

The third line-up championed by the label, had to be found and put in place by Mort Ross. William Smith was fed up and no matter how much he pleaded; Mort couldn’t convince him to come back. William Smith moved into session work shortly afterwards. The new line-up featured vocalist Breen LeBeouf (Chimo), bassist Mike Levine (Terry & The Pyrates, Aurora Borealis, and soon to be a founder of Triumph), and three ex-members of Leigh Ashford; guitarist Gord Waszek, drummer Wally Cameron, and keyboardist Newton Garwood.

The line-up stayed together long enough to record one single “All That’s Necessary/Chant (Hiro Smothek; from Tapped Out).” Unfortunately not long enough to release it however; Breen LeBeouf and Gord Waszek seeing the writing on the walls quickly left.

Bassist Mike Levine stuck around, as well as drummer Wally Cameron, and keyboardist Newton Garwood. Vocalist and flute player Wayne St. John was brought in, as was guitarist Kieran Overs. Revolver Records put a lot of promo into this single, toting it as a “comeback: of sorts.

Released in early 1971, unfortunately, the single failed to chart and resulted in another band implosion.

By late-March of 1971, a fifth and final version of Motherlode was created from the remnants of Natural Gas; an Ontario-based Funk group featuring George Olliver on vocals. The members were Dave Berman (saxophone),Brian Dewhurst (drums), Gerry Legault (bass, vocals), Joey Roberts [Miquelon] (guitar) and Brian Wray (keyboards). They never managed to record anything and they ended up breaking up by May of that year. The members joined Truck shortly afterwards with Graham Lear replacing Brian Dewhurst on drums.

The original lineup reunited in 1976 to record and tried to release the song "Happy People" under the Motherlode moniker. Mort Ross still owned the name, and therefore naturally vetoed the idea, and the song was released as a Kenny Marco solo project.

Motherlode represented a unique band configuration in the Canadian music scene of the time. Lacking a bassist in their earlier iterations, William Smith would double as keyboardist and bassist. Their sound was comparable to that of famed L.A. funk group “War.” Motherlode’s successes predated the CAN-CON regulations of 1971 and that deserves a nod. They were a band that featured top quality musicians at all times, and had deep roots in Toronto’s Yorkville district; through all iterations. Decade after decade, they continue to be admired by fans of all ages. Their two albums thankfully have been reissued on CD, allowing for them to be preserved in the digital realm, for years to come!