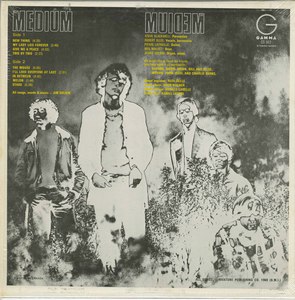 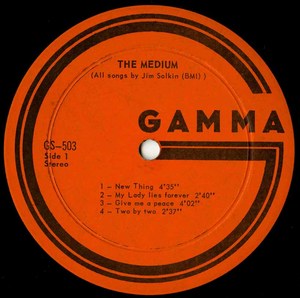 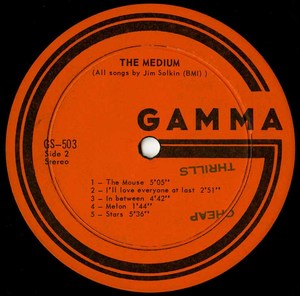 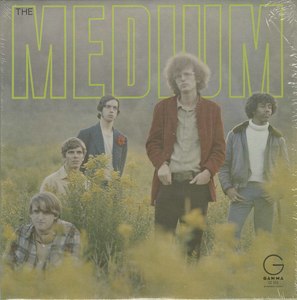 dreamy, druggy vocals ~ lots of swirling guitar & a few nice fuzz blasts on this Canadian rarity. Psych acid tracks, a little progressive with many fuzz guitars, distortions, and great organ play like early Doors, but more psych. Somes very special vocals & instrumentals tunes. All titles in english. A little bit like "La nouvelle frontiere" , or "l'infonie" or Louise Forestier. Pretty adventurous album for the time and place. Last track has similarities to Soft Machine "II". Closest band I could compare The Medium to is the US group Listening (on Vanguard).

Recorded in Montreal in 1969 and released simultaneously with another Gamma album Anthony Green & Barry Stagg, the album could be cited as one of the first in Quebec to have ventured into progressive mobilities.