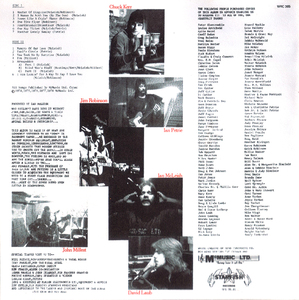 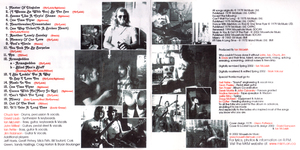 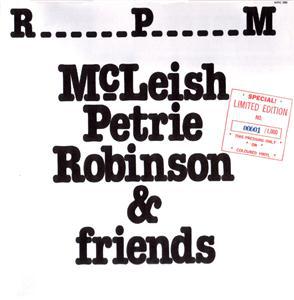 Ian McLeish: guitar, bass; James H. Robinson: guitar; and Ian Petrie: bass, guitar were all writers signed to McMusic Ltd., and had been in the Eligh James Band which ended in 1975. David Laub (keyboards) had joined in near the tail-end of the band. Ian McLeish had subsequently met Chuck Kerr (drums) and John Millest (lead guitar) and recorded some demos with them.

In the summer of 1977, it was decided to record some new songs and remix some older ones for an album. Ian McLeish figured that the material of McMusic's three signed writers could be featured on a 'songwriting demo' LP that might get some attention for the company and or the writers. The songs would run the gamet from Robinson and Petrie's country rock material to McLeish's pop songs and progressive rock, showing the variety and quality of the songs McMusic Ltd. published. The album was pressed on blue vinyl in a quantity of 1000. It has been reviewed in "Dreams, Fantasies, Nightmares", as well as the "Acid Archives".

The dawn of 1978 saw a one-off concert planned to highlight the release. To raise enough money to finance the record pressing, funds were solicited from friends & relatives, and eventually over 150 advance subscriptions provided enough cash to proceed. A concert was planned for April 29, 1978 at Ottawa's Carleton University. The “McLeish, Petrie, Robinson & Friends” concert was a success, with James H. Robinson as opening act and the band doing the album in its’ entirety. Added for the gig was Jeff Harris (keyboards, percussion).

After the show, which had always been envisioned as a one-time affair, the band re-organized as R.P.M. with members Ian M, Chuck, John and Jeff. This unit would eventually evolve into Random Axis and later M*K*M., both of which are to be found elsewhere on this site.