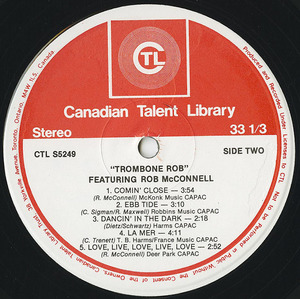 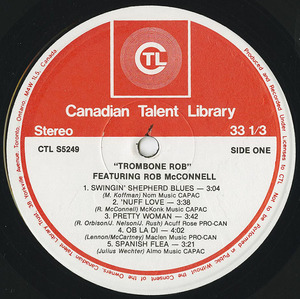 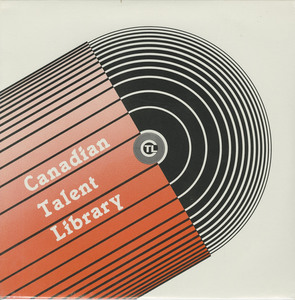 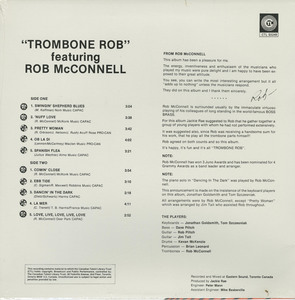 Life & Times of Rob McConnell
Rob McConnell was born in London, Ontario on February 14th 1935. He was best known as a Canadian Trombonist and leader/founder of The Boss Brass Big Band [Rob McConnell and the Boss Brass], but Rob was also a respected composer and arranger.

His family moved to Toronto in his youth, where he began to foster a love of music in his primary school days. Rob began playing the slide trombone during high school and quickly developed skill with the instrument.

His professional career began in Edmonton while working with multi-instrumentalist Don Thompson's band. This was in 1954 and didn't last long, as he would return to Toronto and get a 9-5 job at a brokerage firm. This period saw him switch to the valve trombone and take up piano with drummer Alex Lazaroff's Rhythm Rockets band, followed by piano and composition for Gordon Delamont (Rob's then teacher for arranging and composition).

As the 60's begun he continued working with the bands of others; Playing trombone for Bobby Gimby and then for fellow Canadian Maynard Ferguson's big band in New York in 1964.

In early 1965, he returned to Toronto where he became one of the city's leading studio payers. He was continuously in demand and his constant playing with other studio elites allowed him to scout talent for his next project.

1968 saw the inception of his long dreamt of group, The Boss Brass. Rob McConnell assembled the original Boss Brass from Toronto’s finest studio musicians. The music was horn-centric versions of popular songs and even some originals. That's pretty much the idea, a small, 4-5 piece rhythm section (Guitar,Bass,Piano/Keys,Drums & Percussion), flanked on all sides by nearly a dozen horns! The original line-up consisted of sixteen musicians, but in 1970 this grew to twenty-one with the inclusion of Saxophone and Woodwinds, and finally 22 with the inclusion of a fifth trumpet in 1976.

The Boss Brass band became almost an institution of Canadian Jazz and Easy-Listening; releasing over a dozen albums for many labels, including the high-profile Concord Jazz. They stayed together for nearly 50 years, having some of Canada's greatest Jazz and Classical musicians grace its ranks. McConnell was also featured as leader on several small-group recordings for Concord.

As a trombonist, McConnell appeared on recordings by a number of artists, including Nimmons 'n' Nine Plus Six, singers Mel Tormé and Dave Frishberg, vibraphonist Peter Appleyard, and pianist Oliver Jones. The list doesn't end there and the influence of Rob McConnell and his band aren't exclusive to Canada. Recently unearthed tapes from Britain, from the 1980's Brian Savin produced radio series called The Big Band Hour, feature the Johnny Patrick Big Band recreating the music of Rob McConnell. Given the other choices on the show (Stan Kenton, Harry James, Artie Shaw etc.) this seemed a particularly daring choice at the time.

All in all, he’s one of our Elder Statesmen of Jazz; both here in Toronto and in Canada as a whole. He’s released countless albums of his own (both solo and with the Boss Brass), performed on a number of notable works for the groups and artists he worked for, and has influenced many musicians both his own, and fans and colleagues.

A life well spent and a legacy un-forgotten, such is that of Rob McConnell; one of Canada’s finest Trombonists arranger’s composers and band leaders.
-Aaron Lusch
AaronLusch@hotmail.com