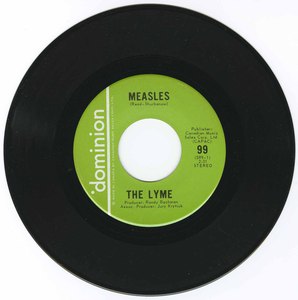 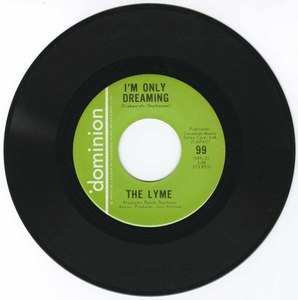 The Lyme`s only release, the superb double-sider ‘I’m Only Dreaming’ b/w ‘Measles’, was purportedly the first stereo 45 released in Canada. And the record might even have scaled some local charts had it not been overshadowed by the Guess Who’s massive top-ten hit ‘These Eyes’, which was released just several months before. In fact, both bands were managed by the Quasimodo Agency, led by Don Hunter and Ray White. What’s more, these Lyme sides were produced by a young Randy Bachman (who also played guitar on both tracks), himself just months away from superstardom south of the border.

The short-lived band came to be after the leader Terry Read had come back to Winnipeg from Burlington with Rick Keens to join up with Wade George and the rest of the band. However, Rick left the band shortly thereafter before the band recorded any material. Mark Thiessen replaced Keens as the bassist for all of the recordings including a demo version of "Morning Dew".

The Lyme debuted on National TV on the weekly afternoon CBC show that Chad Allen hosted along with the Guess Who.

Both tracks on this single (along with two more unreleased tracks, one which was co-written by Randy Bachman) were recorded at the Peg’s Century 21 studios. The languid, organ-led ‘I’m Only Dreaming’ no doubt had its eyes on the AM charts, while the more-electric b-side features trippy, double-tracked vocals and a moody, downer vibe.

Both ‘I’m Only Dreaming’ and ‘Measles’ would find their way onto the excellent 2-CD set Buried Treasures, Winnipeg Rock Gems 1958-1974, issued back in 2009 by the venerable Super Oldies Record label.
-Robert Williston