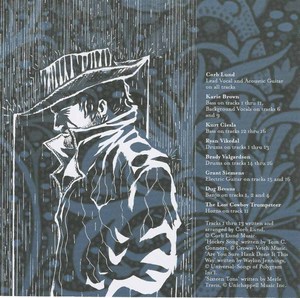 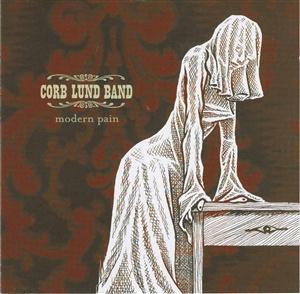 The quick version of this story is Corb Lund was a foothills-raised rodeo kid who found compelling urban credibility in the legendary "smalls" playing bass, ultimately exploring his roots playing his own country songs. Plus, live, a few of Willie Nelson's. Don't worry, Willie does the same thing on stage, which is a story for another night.

If you're reading this for clues, I have to almost assume you don't know that Corb pleases large crowds on several continents, that his songs are thoughtful and deliberate and full of the nouns describing our actual surroundings, unique to a land of fluke prosperity that allows for a massive, sensitive artist class thriving in our redneck midst. Now, when Corb and I are drunk watching *Deadwood* at 4:13 a.m., that's the last thing on our minds, but the fact is our part of western Canada is uniquely attuned to sides of farm, oil and city life, underlined by Mr. Lund's actual rural roots, which have nothing to do with anything that might make you cringe about processed country music. His songs are viral anthems which bridge social gaps, celebrating the need for sin and sacrament as much as superior horsepower in doomsday scenarios. And his band is terribly helpful with this.

Kurt Ciesla, for example, plays the echoey standup bass with proud, scary mastery, while Winnipeg's Grant Siemens, the band's latest catch, is a natural wizard of the hillybilly instruments: banjo, slide, etc. He and drummer Brady Valgardson, also a native of Lund's Taber, party hard, play with similar intensity. It's a sight.

As has been written elsewhere, Lund appreciates the old world before country went completely to shit, remembering its humour and darkness, drinking to its diminishing pantheon of living heroes.

Corb Lund could well turn out to be one of them. More importantly, I know you already really love some of the songs on his albums, it's just that now you should take the time and find them.