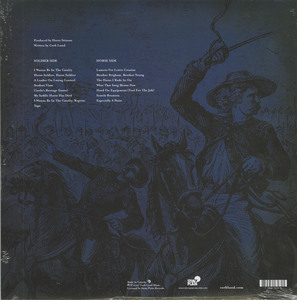 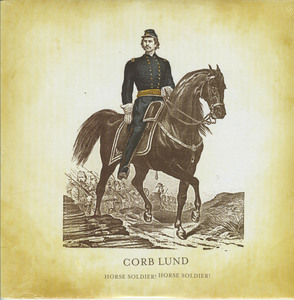 The "hurtin' Albertan" returns with a stellar follow up to 2005's "Hair in my Eyes like a Highland Steer," which won two Canadian Country Music Awards and a Juno for best roots and traditional album.

Recorded in Nashville with producer/songwriter/musician Harry Stinson, Lund's latest is an extended ode to the role of the cavalry in wars throughout history. "I Wanna Be in the Cavalry" kicks off record and is a tour de force. The song mixes historical references with a country-Celtic vibe to create an epic country anthem; with this song alone, Lund declares he has arrived as Canada's next king of country.

Other highs include the playful, "Family Reunion," and the tongue-in-cheek poke at Mormons, "Brother Brigham, Brother Young."

Overall, the disc shows Lund continuing to push his muse in new directions, playing country the way it was meant to be played - a fusion of Cash, Jennings and Nelson, with the storytelling influence of fellow Canadian legend Ian Tyson, whom Lund counts as a compadre. The disc ends with the old war song for the dead, "Taps" - it matches the record's theme and works as the perfect book-end to this delightful LP.
-country standard