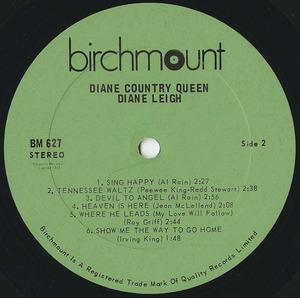 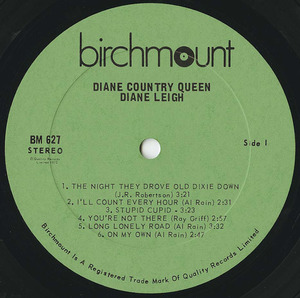 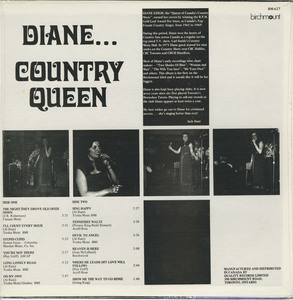 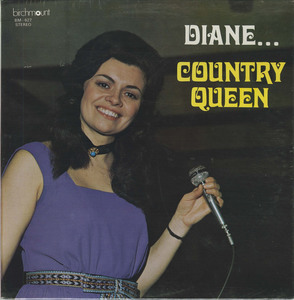 Diane Leigh, the "Queen of Canada's Country Music", earned her crown by winning the RPM Gold Leaf Award five times, as Canada's Top Female Country Singer, from 1965 to 1969! During this period, Diane won the hearts of Country fans across Canada as a regular on the top rated TV show, Carl Smith's Country Music Hall. In 1971 Diane guest starred for nine weeks on the Country Show over CBC Halifax, CBC Toronto, and CHCH Hamilton. Most of Diane's early recordings were chart makers–"Two Shades Of Blue", "Woman And Man", "The Wife You Save", "Me Your Own", and others.

This album is her first on the Birchmount label and it sounds like it will be her biggest. Diane is also kept busy playing clubs. It is now seven years since she first played Toronto's Horseshoe Tavern. Playing to sell-out crowds at the club Diane appears at least twice a year. My best wishes go out to Diane for continued success… she's singing better than ever!
-liner notes

-it's a terrific production, contains amazing period photos/album design and five killer Al Rain (Canadian songwriter) compositions (not to mention one funky cover of The Band's "The Night They Drove Old Dixie Down").