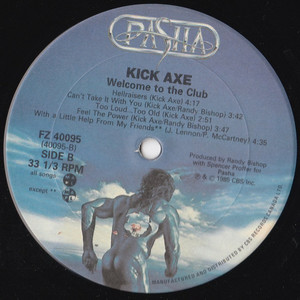 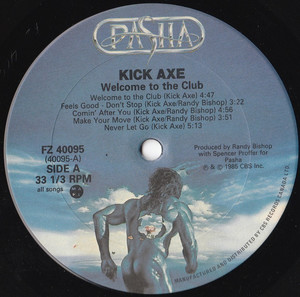 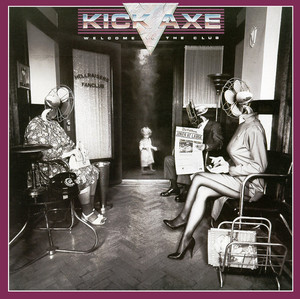 Welcome to the Club

Welcome to the Club is the second studio album by Canadian heavy metal band, Kick Axe. The album was released at the end of 1985 on Pasha Records/CBS Records in the format of vinyl and cassette album.

In 2000 was the album remastered and reissued, for the first time on CD, as part of the "Sony Rewind" series.

In 2016, a UK label Rock Candy remastered and reissued the album on CD in a "De Luxe" version comprising a comprehensive booklet loaded with vintage photos and a very detailed band history by Malcolm Dome.

Recorded in the Metal Works Studios, Mississauga, Ontario, Canada (owned by a Canadian band Triumph), mixed in the Pasha Music House, Hollywood, California, USA and produced by Randy Bishop with a final touch of Spencer Proffer. Welcome to the Club sees Kick Axe veer into more commercial area with a smoother, more melodic and sophisticated collection of songs. Still an anthemic/arena metal, brash and bold, but more polished, with a more radio friendly production and smoother commercial touch that makes this album attractive to a wider audience.

This album has never made it into Billboard 200 album chart.