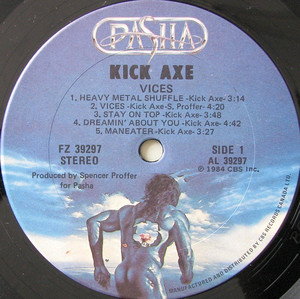 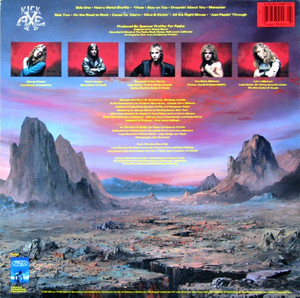 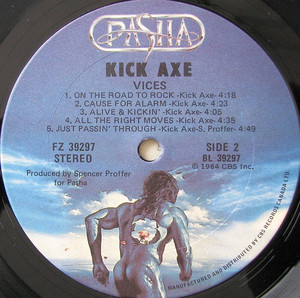 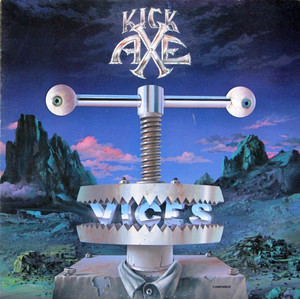 Vices is the debut album by Canadian heavy metal band, Kick Axe. The album was released in 1984 in the format of vinyl and cassette album on producer Spencer Proffer's label Pasha Records and distributed by CBS.

The album was remastered and reissued, first time on CD, in 2000 as part of the "Sony Rewind" series.

In 2016, a UK label Rock Candy remastered and reissued the album on CD in a "De Luxe" version comprising a comprehensive booklet (loaded with vintage photos and a very detailed band history by Malcolm Dome) and a bonus track "30 Days in the Hole", which was originally placed on chromium dioxide cassette versions only of Vices album and on the Up the Creek movie soundtrack.

The album was produced by Spencer Proffer, who was notable for producing Quiet Riot's multi-million selling 1983 album Metal Health. A music video was produced for the track "On the Road to Rock", which received moderate airplay on MuchMusic's weekly heavy metal showcase program the Pepsi Power Hour. The album contains a sterling selection of tracks that place the band center stage in the burgeoning mid-80s hard rock renaissance, and give vocalist George Criston room to impress at every turn. Kick Axe and producer Spencer Proffer skillfully blended here hard rock melodies with straight up metal riffs, attitude, and loads of money spent in the studio. The band had a knack for writing catchy yet hard-hitting anthems, and the musicianship and vocal power to make those anthems really stand out.