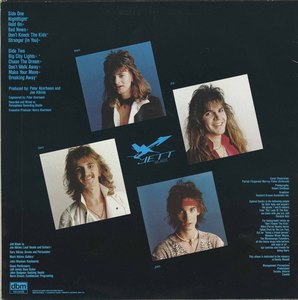 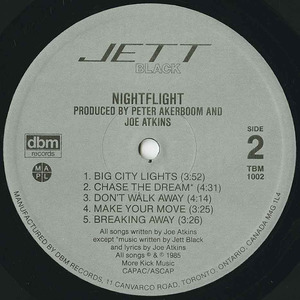 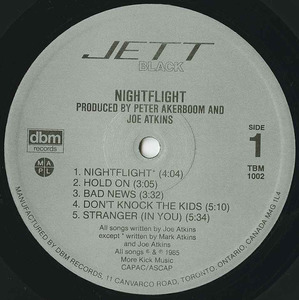 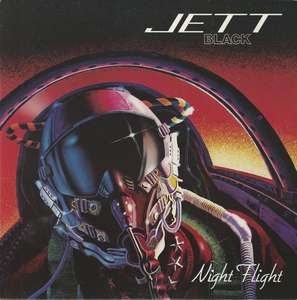 With 3 brothers in the lineup, played a mix off melodic rock and AOR with plenty pompy keys. To compare them with others, bands like UNCLE SAM, LITTERER, VICTORY GROUP, JESSE BRADY and also a bit HYBRID ICE and RATHSKELLER come to mind. Most of the songs are up tempo and there're no bad songs on the entire album. Especially in the chorus department, these guys sure wrote some nice tunes together.

The album starst very strong with the title song, an uptempo rocker with cathy chorus. Hold on contains some heavy guitars, but has again a very enjoyable chorus and a nice intrumental break with guitar solo towards the end. One of best songs is Bad News, which sounds very much like HYBRID ICE on their second effort.The 2 final songs on the A-side slow things down a bit. Don't knock the kids, with many acoustic guitars, and Stranger are both ballads, allthough the first mentioned has an uptempo chorus. Both very good songs.

Side B continues in the same style, allthough I must admit that towards the end, in particular the 2 last songs, are a bit weaker than the others. On this side, you'll also find the best song on the album, namely Chase the Dream, a mid tempo song with lots of keys very like UNCLE SAM and HYBRID ICE. About the singing I must admit, it's not always sensational, but allright. People who like the above mentioned bands will get the picture and sure can write this band on their wantslists. You won't be dissapointed.... Happy hunting.