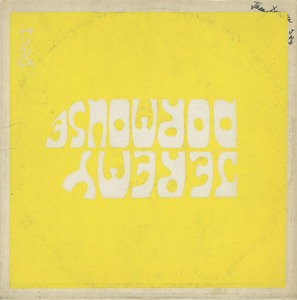 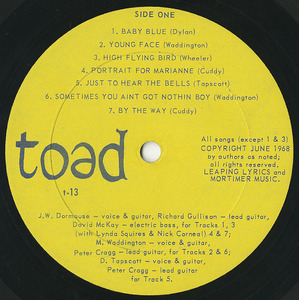 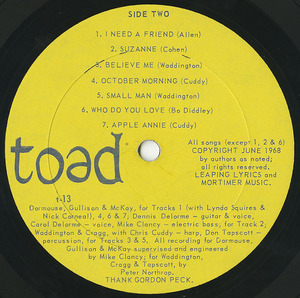 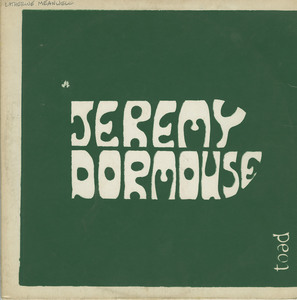 Dormouse had previously been with a late sixties folk outfit, The Rejects, who also put out an ultra-rare privately-pressed album. He is supported by a range of backing musicians on this horrendously rare privately-pressed album, which was housed in a beautiful silk-screen sleeve. Four of the tracks - Portrait For Marianne, By The Way, October Morning and Apple Annie - were penned by Chris Cuddy, one of the supporting musicians and four others - Young Face, Sometimes You Ain't Got Nothing Boy, Believe Me and Small Man by another, M. Waddington. There are interesting interpretations of Dylan's Baby Blue and Bo Diddley's Who Do You Love, but the highlights of this superb album are the vocals of Reign Ghosts' Linda Squires on High Flying Bird and Leonard Cohen's Suzanne.

An obscure privately pressed folk album by an outfit probably most significant for including Jeremy Dormouse, who recorded a ridiculously rare privately-pressed album with Lynda Squires of Reign Ghost the same year. The Rejects' album is very primitively recorded and only likely to appeal to folk collectors.