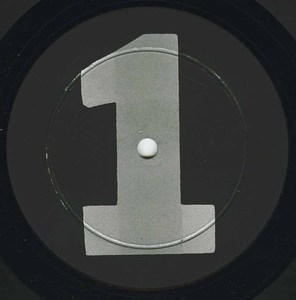 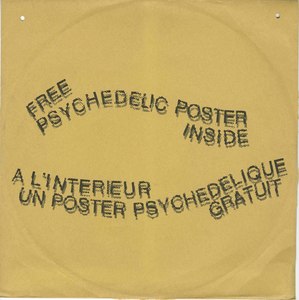 This privately released LP is a clear improvement on the debut, both in terms of narration and overall artistic coherence. Originally created as a soundtrack for an art installation in Montreal 1968.

This is one of the most mysterious discs I have ever heard. Like Can, Intersystems were born in the flames of the Situationist riots that gripped Europe in Spring 1968. Intersystems released this album as a privately pressed vinyl LP in 1968 (the CD version was issued by Streamline in 1994). I've searched the web extensively for more info about this disc, but have always come up empty-handed, except that I somehow found out they were based in France and met during the 68 "disturbances". The tracks have no titles, and although the musicians are named on the back insert of the disc, there is no clue as to who does what. Of course that may be beside the point, since there are no traditional instruments used here. Ring modulators, oscillators and other pre-synthesizer electronic noise generators like short wave radios are used exclusively. If you're looking for toe-tappin' pop hits, keep looking. Sonic reference points would be the first couple of Cluster albums, Conrad Schnitzler, Tang Dream's "Zeit" (except much more serrated and buzzsaw-sounding) or Throbbing Gristle (except a whole decade earlier). What sets Intersystems' disc apart is the strange narration which threads its way through the tracks. I honestly cannot tell if it's one of the musicians or a voice sampled from elsewhere...it's another mystery. In a flat American/midwestern accent, the narrator relates the story of a couple, Gordy and Renee, and their modern-day fall from an Edenic existance. The narration is disjointed and fragmented- not in a Burroughs/cut-up manner, but more like a bad radio that won't stay tuned-in, drifting from signal to signal. Certain phrases poke their way through the grinding and whistling of the whirring electronics: "this was the end of romance and the beginning of love" ... "aware of their nakedness and were ashamed"... "told the driver the name of the hospital".

And if you are wondering about the "Free Psychedelic Poster"... it's a sheet of solid purple color, lighter at the top graduating to a darker violet, almost black, at the bottom. A joke? A hoax? Or an apt visual representation of one of the densest, most oblique collections of sound ever?

What a strange, wonderful recording. Free Psychedelic Poster Inside was originally issued in a private vinyl pressing in 1968 by this Canadian quartet (reissued in 1994 by Streamline). There are two basic elements to the piece, here divided into nine untitled tracks. The first is the general sound fabric made up of oscillating sine waves and other electronic ethereality, low drones, and warbles ricocheting back and forth across the speakers. At the beginning of the disc, these are relatively calm and contemplative, but they grow increasingly complex and agitated as the work progresses. The other is the "story" spoken by Blake Parker. This narrative about a "plastic" couple (Gordy and Renee) uses everyday stock phrases but combines them in a dreamlike manner to create a somewhat unsettling, surreal feeling. The voice sounds as though recorded in another room, slightly blurred and muted, also fluctuating from speaker to speaker. Although entirely different in tone, Parker's phrasing recalls the deadpan of William S. Burroughs, while the generic "lyrics" occupy a Robert Ashley-type world. There are some aspects that tie this piece to its period but, generally, Intersystems created something that stands impressively outside of its time and even anticipating later work from Pere Ubu to David Lynch. It forms an intriguing bridge between the more forward-looking (yes, psychedelic) rock bands of the period and tangentially related composers like Ashley and pre-Rainbow Terry Riley. An important recording, highly recommended to anyone whose tastes include the aforementioned artists as well as those into contemporary electro-acoustic free improvisation.
-Brian Olewnick, All Music Guide