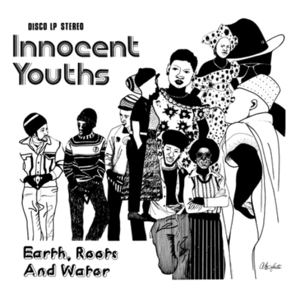 It came from a basement in Malton, Ontario. The Toronto suburb seems ill-positioned to be the source of a dubbed-out catalog of unique and innovative roots reggae, but a wave of Jamaican immigration in the 1960s brought with it one Jerry Brown, an auto body mechanic who also happened to be a singer. Before leaving Jamaica, Brown had been an original member of the Jamaicans, the group that went on to record the rocksteady classic "Ba Ba Boom" after his departure.

Brown fell easily into the West Indian music scene that was exploding in Toronto in the late 60s, but it wasn't until 1974 that he got down to the business of establishing Summer Records and its accompanying recording studio in the basement of his Malton home. It was a shoestring operation, a labor of love, but it played host to some truly huge names in reggae, including former Skatalites keyboardist Jackie Mittoo, former Treasure Isle keyboardist Lloyd Delpratt, Leroy Sibbles, Stranger Cole, Johnny Osbourne, and producer King Jammy, who was still only Prince Jammy when he helped wire the studio.

That studio became the focus point for an aggregation of local talent, mostly from Jamaica, but also a few Jamaicans from England and even one local kid. The regulars at Summer coalesced into a house band with a firm grasp on the tight groove that anchors most good reggae. They took the name Earth, Roots & Water, and in 1977, cut the first Summer Records LP, Innocent Youths.

The record went nowhere-- how could it have? It had an original pressing of just 500 copies, one of which was given to Sting by guitarist Matt Shelley when the band opened for the Police, who were touring North America for the first time. Despite its obscurity, though, Light in the Attic's new reissue reveals it as a creative and absorbing roots album. It flows like a dubbed-out late night jam session, moving from idea to idea as the musicians come and go and take breaks to smoke a little herb. The record's original Side Two is essentially a dub suite, skanking slowly from one section to another as a rotation of male and female vocalists take their turns at the mic.

The three songs that made up Side One were more discrete. The opening title track features a haunting melodica lead and a deep, hollow rhythm track that houses rolling echoes and a rich bass line. "Tribulations" could hardly have been a more powerful roots anthem in the hands of Burning Spear or Yabby You, with its slippery bass line, spectral vocals and spidery guitar work, though the tone of the string synth is admittedly a little weak.

True to the previous volumes of the Jamaica to Toronto series, the album has been given a sonic dusting-off and comes with a thick book full of primary source information and amusing anecdotes, such as the story of the band playing between a local punk act and the Stranglers, and bluntly admonishing the crowd not to spit on them after seeing it happen to the opening band. It strengthens your connection to the men who made the music to hear it told in their own words. There's word that this is possibly the last title in the series, which is sad news, but the six volumes we've received have illuminated a treasure trove of great music from a scene that wasn't nearly as marginal as a first glance might make it seem.