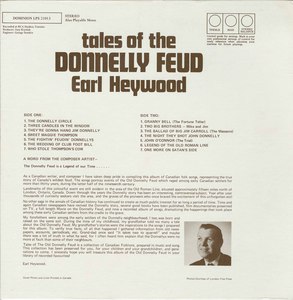 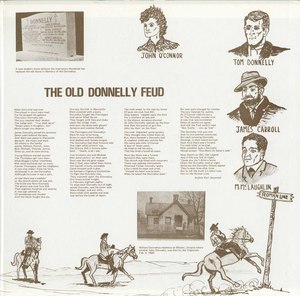 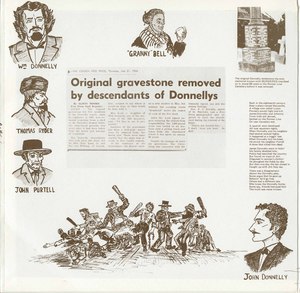 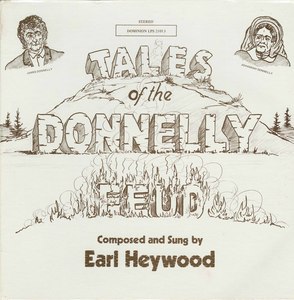 Country singer-songwriter, guitarist, broadcaster, b near Exeter, north of London, Ont, 12 Mar 1917, d Brussels, Ont, 17 Sep 2006. Known as "Canada's No. 1 Cowboy Singer," (or "No. 1 Singing Cowboy"), and one of the leading country musicians in Canadian radio, Heywood learned guitar at age 10. He began his career playing tenor euphonium with the Exeter Brass Band. He served in the army during World War II, and in 1941 came to notice singing his own "Living in the Army" as the theme of a radio show on CFCO, Chatham, Ont. He joined CKNX, Wingham, Ont, in 1942 and remained with that station (and its later TV and FM affiliates) as a singer and announcer for more than 40 years, performing for almost 20 years on the weekly CKNX Barn Dance' and serving 1946-53 as host for 'Serenade Ranch'. He appeared during the 1950s on such CKNX TV programs as "The Range Riders Show," "Rocking Horse Ranch," and "Western Roundup" and sang for many years on "Circle 8 Ranch." Heywood made several appearances in the early 1950s in the US. In 1954 RCA Victor declared a National Earl Heywood Week.

Heywood began recording for RCA Victor in 1949, completing with his Serenade Ranch Gang eighteen 78s (some reissued on the LP Earl Heywood Sings, RCA Camden CAL-2249), including the hits 'Alberta Waltz' and 'Tears of St. Anne'. He also recorded LPs for Rodeo and Banff with the Heywood Family (his wife, Martha, and their children Patricia and Grant) and made three albums for Dominion, including the popular Tales of the Donnelly Feud (1969, LPS-21013), for which a corresponding song folio was published by Canadian Music Sales in 1971. (Other folios were published by the same company in 1948 and 1951.) Among his more than 300 songs "Moonlight on the Manitoulin Island" was a hit for a US group, the Moms and Dads, and the melodies of his "Alberta Waltz" and "Algonquin Waltz" were recorded by the fiddler Eleanor Townsend. Heywood's recordings also achieved popularity in Australia.

Heywood was inducted into the Canadian Country Music Hall of Fame in 1989. Among his other awards were the Canada 125 medal and the 1999 Barn Dance Historical Society pioneer award.