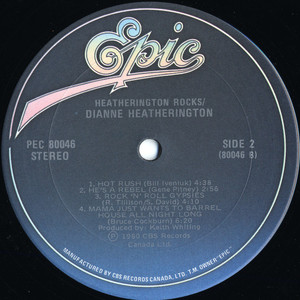 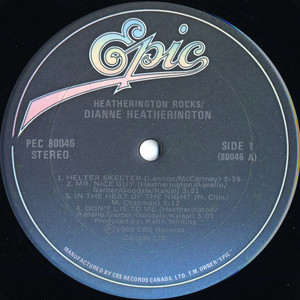 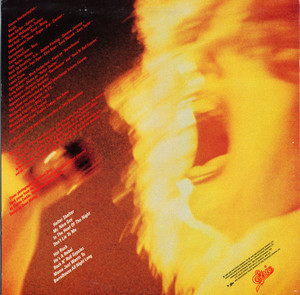 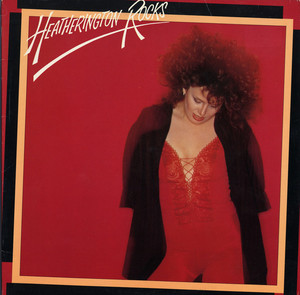 Dianne Heatherington and the Merry Go Round headed to Los Angeles and laid down half a dozen tracks or so, but the tracks went unreleased. Dianne Heatherington's first recordings were in 1975 on the CBC Radio Canada compilation LM 421, which were very limited pressings that were sent to CBC Radio stations across Canada. The four tracks, all written by Winnipeg musicians are: Queen Jealousy (Greg Leskiw)/ Check It Out (D. Carbert)/ Lovin' You's So Easy (Mark Freed, Dianne Heatherington)/ My Old Man (D. Carbert, Bill Merritt)

'Heatherington Rocks' was originally recorded in 1978 for GRT Records, but GRT went tits up and the band signed with Columbia and released the album on Epic PEC 80046 in 1980.
-Robert Williston