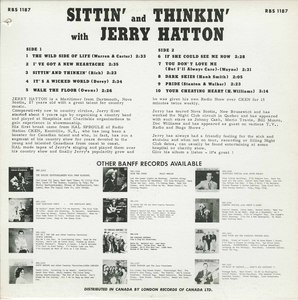 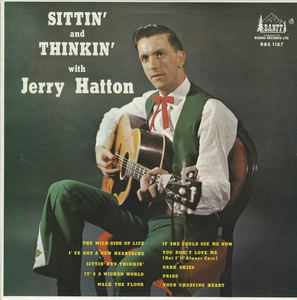 Jerry Hatton is a Maritimer from Dartmouth, Nova Scotia and now resides in the USA. Jerry is a versatile performer, a great singer and his cheerful personality makes him many friends and fans on his personal appearances and club dates. Before immigrating to the USA, Jerry had his own radio show over CKEN, Kentville, N.S. and also appeared regularly on a country music show on CKCW TV, Moncton, New Brunswick for three years, which covered the Maritime Provinces. Jerry Also toured the Canadian Provinces with his own show for five years doing personal appearances, TV and radio work. In 1965, Jerry was among the top artists in Canada performing and recording country music. Jerry toured overseas U.S. Military bases and appeared in the top nightspots in the tristate area of New York, New Jersey and Connecticut.