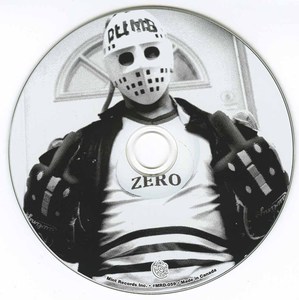 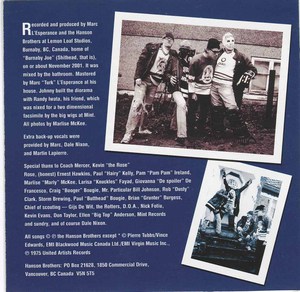 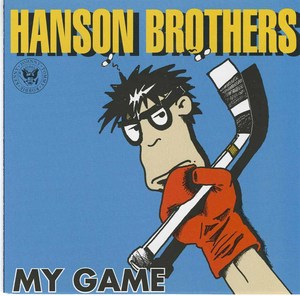 For a project that was meant to be a one-off joke band, Hanson Brothers are surely getting a lot of miles out of their Ramones-styled vehicle. Now officially on their third album and ten years into existence as the less-cerebral alter ego of Nomeansno, Hanson Brothers are skating on icecloud nine. My Game is a peppy, energetic and great sounding Ramones album, which is terribly important in a post Joey Ramone world..

On the band's last album, Sudden Death, Hanson Brothers didn't come across as strongly as they did on their debut, Gross Misconduct. However, all that has been rectified for My Game, as this is as lively, fun and catchy as the debut from a decade ago. The most notable thing about My Game is the ease with which the Hanson Brothers churn out the fun, bouncy and anthemic songs. Everything here is instantly memorable, poppy and easy to sing along with. In short, everything a good Ramones record should be. Granted, the Hanson Brothers are their own entity, but you can't deny the fact that the songwriting is derived from the early Ramones music. And considering these Hanson Brothers are normally the naturally weird Nomeansno crew in their normal guise, coming up with fifteen pop driven songs may be a bigger challenge than writing their normal meandering progressive punk..

The production on My Game is also quite impressive, giving the music a loud, clear edge that makes you simply want to crank this in your car and then drive down the highway at ridiculous rates of speed. Johnny Hanson's voice seems to have lowered over the years, making him sound a bit more like that bass playing kin of his. Nevertheless, it has the right amount of gritty melody to make it something you will want to sing along with. Roll the windows down while you do it. Other cars need to know why you're having such a grand time while they dull their senses to Sting..

My Game is definitely a fun filled romp that makes me want to take a hockey stick and break things, preferably in your house because I kind of like my stuff..
-John Chedsey