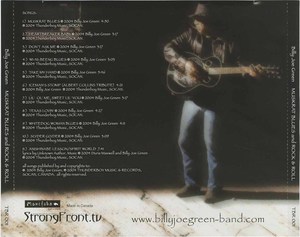 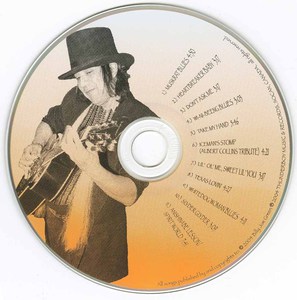 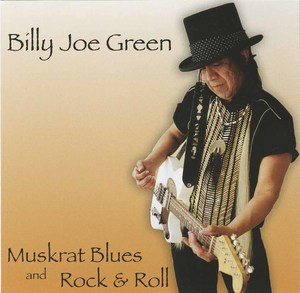 Billy Joe Green is one of Canadas premiere blues guitar slingers. He gets his inspiration and drive from having lived a pretty tough life, after being snatched away from home and family at the age of six and forcefully placed in residential school for ten years. This caused much spiritual displacement and emotional dysfunction in Billy Joes life, including many years of active alcohol addiction.

But it was the love he received from his family that stayed with him all through those hopeless times. Equally important was the country-blues guitar playing and singing of his dad, David Green, which created in him a lonely longing, everlasting wish and powerful thirst to play music that would ease and comfort him. Even to this day.

As years passed by, other Indian people dealing with their own residual effects of residential schools began to find hope in Billy Joe's performances. More and more, requests came in for Billy Joe to play, and he found himself thrust, sometimes shyly and unsurely, into the limelight.

A recently deceased drummer friend of Billy Joe?s once said: "If you believe that the blues is therapeutic on an experiential level, then Billy Joe is a blues shaman of his time. A guitarist full of expression, he is capable of conveying the rawest of human emotions and transferring them to his listeners. Somehow the vibration from artist to audience offers up the blues to the higher spirits, allowing emotions to arise and pass away and lighten the burden of anyone listening as intently as Billy Joe is playing. Play on my brother, play on"
-Jimmy Payne, Calgary

With the power of pure love from the Creator, and unending support of family and friends, Billy Joe survived his addiction and has been in recovery for 16 years. He has received much spiritual guidance in his journey from elders such as Peter Ochiese (who gave Billy Joe and his children their spiritual names) and Wapo Pi-ishew. Along the way, Billy Joe has come to know who he really is Osawi Kinew, and tribal member of the Bear Clan from Anishinabe Ah-keeng.

Today, Billy Joe Green is rough and ready to rock the blues anywhere, anytime. He continues to feed his insatiable fire by writing and recording new songs and always trying to improve his guitar abilities.