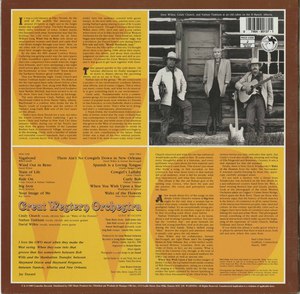 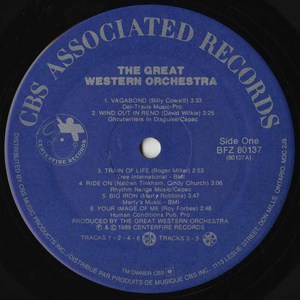 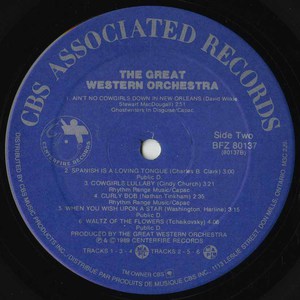 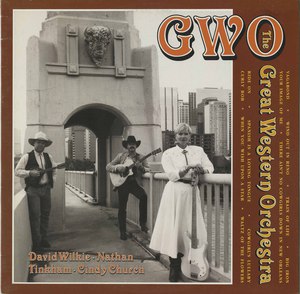 In 1987, Cindy Church, Nathan Tinkham and David Wilkie teamed up to form the Great Western Orchestra. This trio received national acclaim when they released their self-titled album of contemporary cowboy music. Cindy Church gained much attention with her songs "Train of Life", "Vagabond" and "Spanish is a Loving Tongue".

The Album cover is taken on the Centre Street Bridge in Calgary, the group shot is in front of an old cabin on the D Ranch (south of Longview, Alberta). Photos by Jay Dusard.

Great Western Orchestra members Dave Wilkie (left in both photos), Cindy Church and Nathan Tinkham (middle in 1st photo, right in 2nd. photo) .The album is a mixture of original western songs, swing and Cajun. Jay Dusard says " I love the GWO most when they make the West swing. When they ease into that groove that ties someone between Bob Wills and the Manhattan Transfer, between Maynard Dixon and Maynard Ferguson, between Nanton, Alberta and New Orleans". One of the songs on this album "There Ain't No Cowgirls Down in New Orleans" was a written by Dave Wilkie and one of the guest musicians, Stewart MacDougall.

The Great Western Orchestra album was recorded in Sept-Dec, 1988.