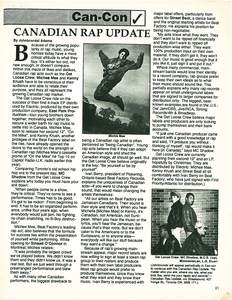 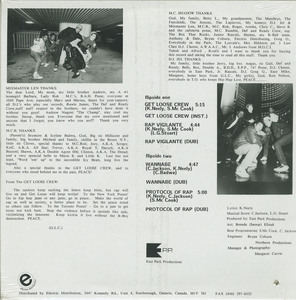 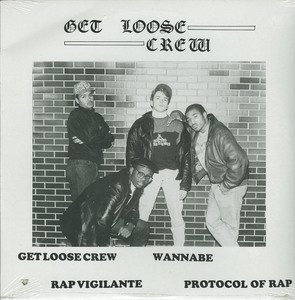 MC Shadow (Kory Neely, pioneer / architect of hip-hop in canada) is a Canadian rapper, actor, producer and author, who achieved fame for being the first white rapper in Canadian music history and second to be recorded on vinyl in the world next to U.S rap artists The Beastie Boys of Def Jam Records. His group Get Loose Crew was the first Canadian rap group to produce and release their independent mini LP and the first to be distributed & sold internationally. Neely also had a brief solo career and worked with a local R&B singer after The Get Loose Crew split ways in 1990. In 2015 he revived his music career with the release of new music and an accompanying three part video project released in both a commercial and short film version dubbed ‘the trilogy’. East Park Productions is an independent record label that was established in 1987 to launch the group's debut album. The album features the charted single "Wannabe" (featuring MC B aka B-kool).

“The Get Loose Crew ride on the success of their first EP distributed by Electric, produced by their own production company East Park Production - four young brothers down together, motivating each each other to secure a wider berth for rap music to settle in Canada.”
-Johnbronski Adams, Streetsound Magazine