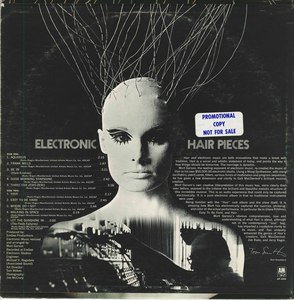 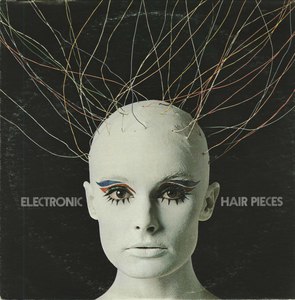 “Mort Garson boasts one of the most unique and outright bizarre resumés in popular music, spanning from easy listening to occult-influenced space-age electronic pop — all in the same decade, no less. Born July 20, 1924, in the Canadian city of St. John, New Brunswick, Garson attended the Juilliard School of Music, briefly graduating to the ranks of professional pianist and arranger before he was drafted to serve in World War II. Upon returning from duty, Garson cemented a reputation as a top session hand, tackling arranging, conducting, or even composing duties if necessary; a small sampling of his credits includes sessions by Mel Tormé, Doris Day, Ed Ames, the Lettermen, and the Sandpipers. He also arranged and conducted a series of easy listening records in the mold of Les Baxter, among them the Continentals’ ‘Bossa Nova for All Ages’, the Total Eclipse’s ‘Symphony for the Soul’, and the Dusk ‘Til Dawn Orchestra’s ‘Sea Drift’. In 1963, Garson teamed with lyricist Bob Hilliard to write the lovely ‘Our Day Will Come,’ a number one pop hit for Ruby & the Romantics; with Perry Botkin Jr., he also arranged and conducted a number of easy listening records inspired by the era’s biggest pop hits, among them two volumes in the Hollyridge Strings’ ‘Play the Beatles Songbook’ series and also their ‘Play the Hits of Simon & Garfunkel’. And in 1968, Garson experienced his crowning moment of commercial glory as the string arranger behind the Glen Campbell blockbuster ‘By the Time I Get to Phoenix.’

But the aforementioned accomplishments are all mere prelude to the most fascinating work of Garson’s career — specifically, the series of electronic LPs he made with spoken-word artist Jacques Wilson. 1967’s ‘Zodiac: Cosmic Sounds’, which also featured contributions from electronic pioneer Paul Beaver, was the first record cut on the West Coast to feature Robert Moog’s namesake synthesizer, and a year later the principals reunited for the Bernie Krause-produced ‘The Wozard of Iz — An Electronic Odyssey’, a hallucinatory psychedelic satire of the L. Frank Baum children’s classic featuring Nancy Sinatra (credited as ‘Suzy Jane Hokum’) as Dorothy. For A&M, Garson next recorded ‘Electronic Hair Pieces’ — electronic renditions of songs from the hit musical Hair — as well as the 12-volume ‘Signs of the Zodiac’ series, with one record for each astrological sign. His masterpiece, however, is undoubtedly 1971’s ‘Black Mass/Lucifer’, a seriously freaky and intense concept record drawing upon themes and images central to Satanist mythos. That same year, Garson teamed with performance artist Z for the aural aphrodisiac ‘Music for Sensuous Lovers’. He then spent the next several years composing film and television scores, returning to record stores in 1975 with another occult-themed effort, ‘The Unexplained — Ataxaria’; a year later, Garson issued ‘Plantasia’, a collection of Moog pieces designed to boost the growth of indoor plants. From that point forward, Garson basically disappeared from sight."