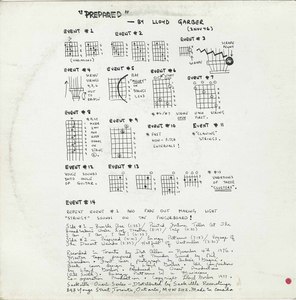 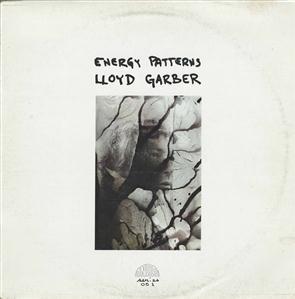 The first impression this record made on me that although it was made in Canada, the style of the music was decidedly not North American. Garber's free form guitar playing has a European ring to it, and indeed a brief earful might convince you that you were listening to a certain British guitarist who is after all, leading the world in free guitar playing. But it's not just the notes which give that impression. It's the European humour too. On one track, the guitar is gradually swamped by a chorus of alarm clocks; a device you might expect from shhh you know who.

He uses many approaches which now perhaps sound more familiar than they were say ten years ago. He plays with enormous amounts of space, not attempting to fill up the vinyl with cluttered solo guitar. He scrapes away at the strings. mixing dampened notes. open stringed. notes and harmonics: and he actually speaks into the instrument. His music is well paced and for music which can often be very spiky and angular, it's surprisingly relaxed. Still, this is the kind of music you have to sit down and listen to. It demands attention, and because of that it's no use as backdrop music.
-K Hyder, UK Jazz Journal, London September, 1977