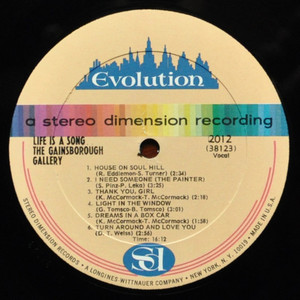 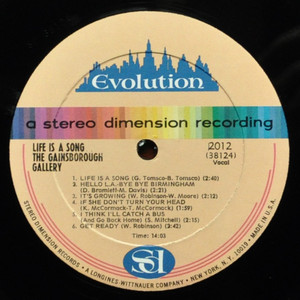 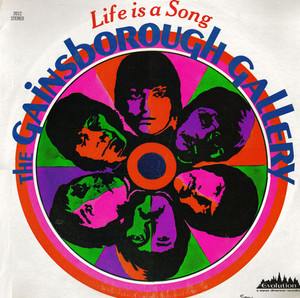 Life is a Song

The group had done their first recordings at the small "Porter's" recording studio in Las Vegas, NV. The studio actually had a 5 minute recording charge "break" because it was located beside a train track and in the middle of recording sessions, would have to stop for 5 minutes as the train would pass by...after that, the clock was back on.

Since that venture brought them no luck, they decided to try Norman Petty Studios in Clovis, NM since Dennis Paul and Wes Dakus had recorded there before. In 1969 the group went there to record a full length album. "Life Is A Song" was released on Petty's Evolution label in December 1969, the title track written by George Tomsco of "The Fireballs". Tomsco came in with acoustic guitar, pitched them the song & they agreed to do a quick few takes of it yet that day. Interesting note is that Petty always tried to do something unique with songs, and in this case - the trumpet part was a young Mexican boy that they basically dragged off the street, who couldn't play overly well & they overdubbed his lead trumpet part for a "dual effect". "Life Is A Song" became their biggest hit, peaking at #54 on January 24th of 1970,and stayed on the Canadian music charts for 10 weeks. The album track "Dreams In A Box Car" features Peter Marley on lead vocals.

Another single was released from the Petty session "Ev'ry Man Hears Different Music" which did not appear on the LP. It peaked at #78 on April 11th, 1970 and stayed on the charts for 9 weeks. Frustrated with their lack success, they decided to continue until their contract was up, then disband.

Their last performance together was opening for Canadian group "Lighthouse" at the Jubilee Auditorium in Calgary in March of 1971. McHugh is still involved with music & producing in Vancouver, BC, Henry Small joined Canadian groups "Small Wonder" & "Prism", Marley, McAndrew & Degan are still in the music industry and reside in Calgary. Dennis Paul is a financial consultant in Arizona.