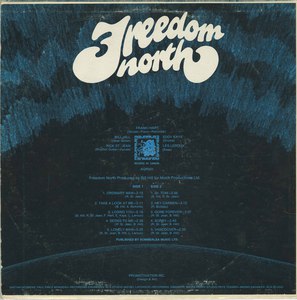 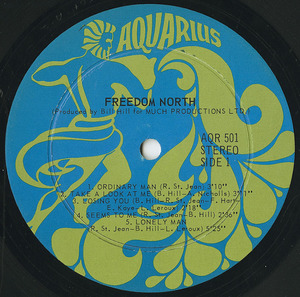 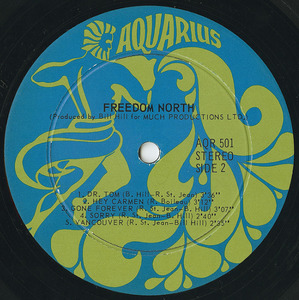 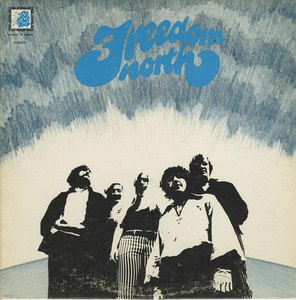 Montréal, Québec-based pop. This band enjoyed hits with Ordinary Man and Doctor Tom. Franki Hart was later in Riverson. St. Jean and Kay were formerly with Exit 4 and Hill was ex-J.B. and The Playboys. When they split members went on variously to Life and Peter and The Pipers.

This was the first album released on the Aquarius label. This scarce Canadian LP is a pretty good one in the late 60s co-ed sweepstakes. They may try to cover too much ground, mixing in some horn-heavy soft pop and country rock with a bunch of nice fuzz-guitar-laden rock songs. The album starts out wimpy, but soon enough a few songs really rock in a late garage style. The long “Lonely Man” is very strong, and “Dr. Tom” is even better, a should-have-been-hit with awesome fuzz guitar and evocative singing. (It was released as a single in the US and UK, under the band’s new name “Freedom of Choice,” and with a non-LP B-side. That was this band’s only release outside of their native Canada.)

Both the male and female vocals on the album are quite good. While a few songs end up being disappointingly out of place, even those kind of grow on you after a while, and a few have neat surprises (i.e. “Hey Carmen,” which starts as pure country and ends in a wash of fuzz guitar.) All in all, pretty cool.
-Allmusic

Only released in Canada, although they did release a single from the LP in the US and UK under the name "Freedom of Choice". A tough album to pigeonhole, since the band goes through styles like Paris Hilton goes through dogs, although the high points here are worthy examples of heavy acid psych. And thankfully, the band likes fuzz guitar as much as we do, and lace each song liberally with the stuff. "Lonely Man" is one of the few songs with that title that actually manages to recreate the feeling musically - this is truly desolate, lonely, mysterious psychedelia. The echoey piano riff sounds sad and suicidal, and it also sounds like David Bowie lifted it for "We Are the Dead" too. Echoed-out female vocals cry mournfully, while the metronome percussion counts down the time, and as this tragic tale ends, the echo FX get louder and louder until it sounds like it's being played in a deep well of despair. Harrowing stuff.

On the other side, the behemoth acid psych of "Losing You" is like vintage Blue Cheer - a total glass-breaking mastodon of heavy acid rock. When the vocalist isn't shrieking and screaming, the acid guitar fills in with some shrieking of its own, and there's also some cool liquidy guitar riffs that sound like the effects Jimi Hendrix was working on with "Electric Ladyland".

A chuggin' slab o' Blue Cheer heavy psych madness! Even on the more "country" influenced tracks here, like "Hey Carmen", the band trip 'em out eventually, and what seemed like a straight country song at 1 minute in ends in a barrage of psychedelic fuzz guitar. If people say this album is schizophrenic, well then, so were the 60's and so still was the San Francisco West Coast sound, which this album does it's best to capture a couple years later and a national border away. I guess it took that long for the music to reach Vancouver.