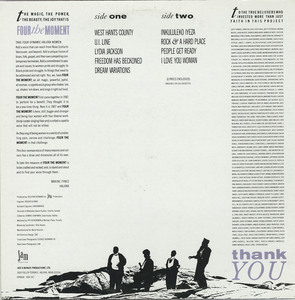 Four the Moment-We're Still Standing BACK 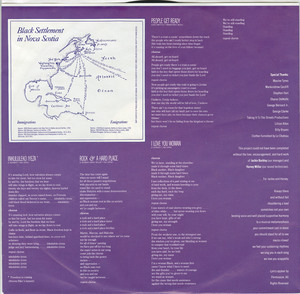 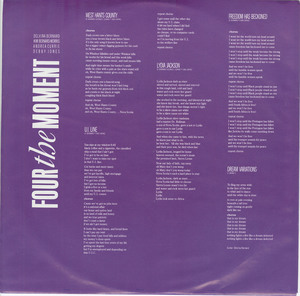 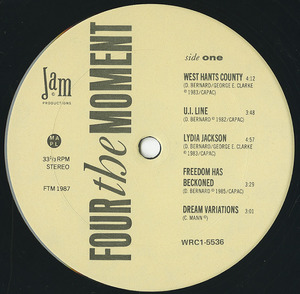 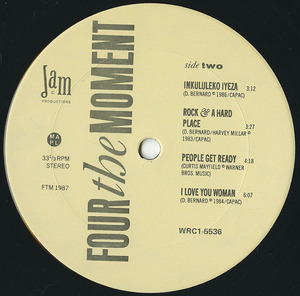 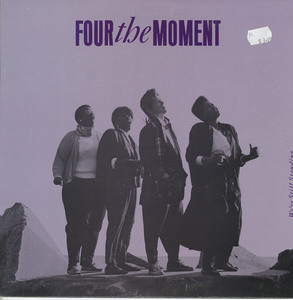 Four the Moment, was an a cappella quartet formed in 1981 in Halifax by Delvina and Kim Bernard, Jackie Barkley, and Deanna Sparks.

The four women made their debut at an anti-Ku Klux Klan rally in Halifax, where they sang 'Joanne Little' from the repertoire of the US a cappella quintet Sweet Honey in the Rock, on which Four the Moment was initially modelled. Personnel subsequently varied: the Bernard sisters have been constant; Barkley, who became the quartet's manager, was replaced by Andrea Currie, and Sparks was replaced in turn by Debby Jones and Anne Marie Woods.

Its songs, many written by Delvina Bernard (some with lyrics by Halifax poet George Elliott Clarke), are of a political nature - eg, about Black history in Nova Scotia ('Africville,' 'West Hants County,' etc), women's struggles, and South Africa. Bringing the influence of R&B and reggae to what is at base a gospel format, Four the Moment has appeared at folk festivals, women's events and black culture celebrations across Canada, and performed at Expo 86, the Olympic Arts Festival (Calgary 1988), the Ottawa International Jazz Festival (1989) and Sound Symposium (St John's, Nfld, 1990). It has also been heard widely on CBC radio variety programs.

In 1987, Four the Moment made the album We're Still Standing (JAM FTM 1987) and recorded two songs with Lillian Allen for her LP Condition Critical. It also performed in the film Black Mothers, Black Daughters (NFB 1990), the title of which was taken from the refrain of Bernard's 'I Love You Woman'.