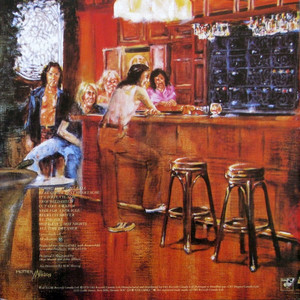 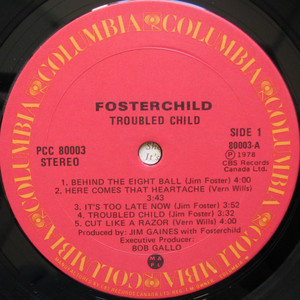 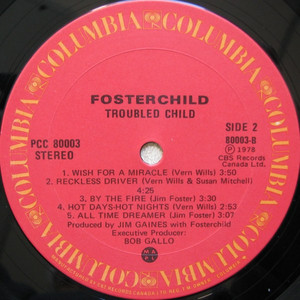 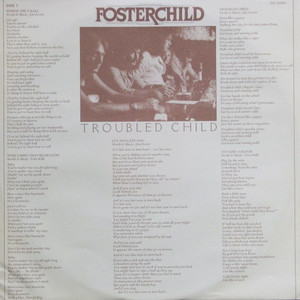 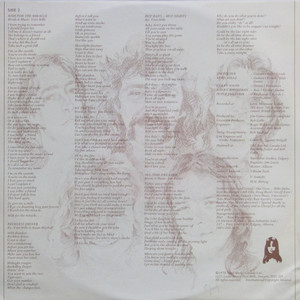 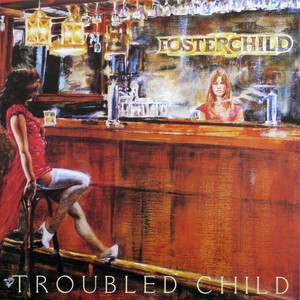 A native of Calgary, Vern Wills grew up playing in a number of bands honing his chops on the circuit. By 1974 he'd grown tired of the lack of support for Albertan musicians and headed to New York to join The Walkers. When his work visa ran out two years later, he returned to Canada, hooking up with Jim Foster upon his return to Calgary. A chance encounter a few years earlier sparked a friendship which led to the two beginning the process of writing material for their new band.

The early doors of the orphanage revolved frequently, but within a few months the group was rounded out by Peter Sweetzir on keyboards, Barry Boothman on bass and drummer Gerry Wand. They became staples of the 'b' circuit in Western Canada developing their style of mixing country with a laid-back rock feel. They signed to Bob Gallo & CBS in '76 - cutting the '45 "Let Me Down Easy" later that year. Their first full album came in the form of a self-titled country/rock effort in the summer of '77. The lead single "Until We Meet Again" hit the airwaves and the band hit the road doing mostly Western Canadian dates. On the backs of other tracks as well, such as the other singles "Magic Is In The Air" and "I Need Somebody Tonight", the album showed Wills & Foster's penchant for writing solid rock tunes with a country base.

The debut self titled LP "Fosterchild" was produced by Bob Gallo, who started his career by being a successful producer and arranger for many big acts in the 1960s and 1970s. Including work on records by James Brown, The Drifters, Bo Diddley, Otis Redding and KISS. Gallo is also credited for discovering the popular new wave musician, Elvis Costello. Gallo released a number of solo projects in the 1990s focusing on his classical background. He is now working on writing plays and producing CDs and DVDs for children.

Their sophomore effort came the next year in the form of "Troubled Child". Like its predecessor, Gallo oversaw production with Jim Gaines, recording at Vancouver's Little Mountain Studios. It followed the same path of mellow, unoffensive country/pop. The album showed definite growth in the music and high hopes were put on the record. "Cuts Like A Razor" came out as the first single, backed by the title track. With the single showing a respectable Top 50 placing, "It's Too Late Now" became the second single. But waning interest from the label saw the band's cross-Canada tour cut short, followed by Sweetzir leaving the fold. They were released from CBS before year's end.

It would be only a year later that they would get picked up by Vera Cruz Records out of Edmonton. Recorded in Damon Sound Studios, ON THE PROWL came out the summer of 1980, the result of off-time writing in between deals. Foster had persuaded friend Doug Johnson to come in as new keyboardist and the record was the first time the band had a real say in how things were done. It showed a distinct change in direction - with more emphasis on a pop sound, something Gallo and CBS had tried to discourage. Instead of simply sounding like a cheap Stampeders knock-off, the album showcased Wills' & Foster's ability to combine clever pop hooks with a country influences that were a little more subtle than before, such as the lead-off "Hideaway", "Is That Girl Still In Town", the title-track and "Don't Play The Black Queen".

The band hit the road, touring with label-mates One Horse Blue but problems with the new label again cut short the tour. Once they were back Johnson went home to Vancouver and joined Loverboy. Unsure as to whether or not to continue, they ended up touring sporadically the next couple of years with the occasional replacement in the line-up, eventually calling it quits in '82. Foster would go on to join One Horse Blue shortly after, then released his debut solo album in 1986.

POWERLINES was a friendly get-together with his friends Walter Stewart, Bill Henderson of Chilliwack & Bob Rock (Payola$) and producer of such varied acts as Colin James and Metallica) and featured 10 original tracks, with Daryl Burgess co-writing two of them.