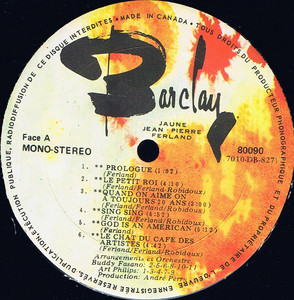 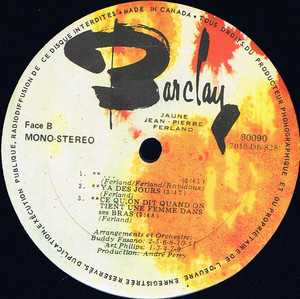 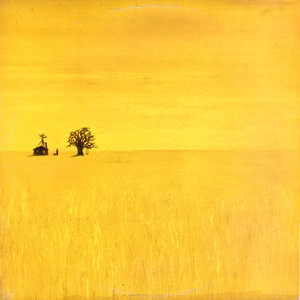 In the fall of 1970, the album Jaune by Jean-Pierre Ferland appeared, bringing a little sunshine to the gray November. Resulting from a long reflection on the search for new sounds, Jaune was to mark a turning point in Quebec music.

“It's a record that can be listened to from start to finish like a story. It was thought of like that”., -Jean-Pierre Ferland

On the show Les 2 D, on November 19, 1970, journalist Isabelle Pierre spoke with Jean-Pierre Ferland following the release of the disc.

We can clearly see in this interview that Jean-Pierre Ferland is proud of the result, which contrasts sharply with the songwriter style to which we are accustomed in Quebec as in France. The singer-songwriter is resolutely making the leap to more pop, more American and more emancipated music.

Ferland explains that with his team, he wanted to achieve the same technical merit and the same sound quality as what had been done since the late 1960s in the United States and England. “We have even said that up to a point, it gave the French a little lesson on the record side, because a record like that has never been made, even in France”, -Isabelle Pierre

To the journalist who points out to him that the costs of the album are significant compared to other albums produced in Quebec, Ferland explains that Jaune was born from experimentation and research and this is what cost a little more expensive.

This is where we are best equipped, the singer will say. He does not hesitate to call the technician and producer André Perry a great artist.

“For me, everything "Jaune" was done with a lot of research, a lot of hope, a lot of light. It's a color that goes well with songs.”, -Jean-Pierre Ferland

While attending the Osstidcho in 1968, Jean-Pierre Ferland was overwhelmed by the songs of Robert Charlebois.

This new casual way of expressing himself in music convinced him to call on Robert Charlebois' guitarist, Michel Robidoux. Jean-Pierre Ferland and Michel Robidoux together compose Sing Sing and Le petit roi. We can hear here an excerpt from the song Le petit roi on the Vedettes en direct program of September 26, 1973.

An electric, daringly modern and rock sound is very present on the song God is an American, arguably the most theatrical and exploding track of the album.

In 2008, Jaune was named the best album of all time in Quebec by a jury that brought together 50 personalities from the recording industry.