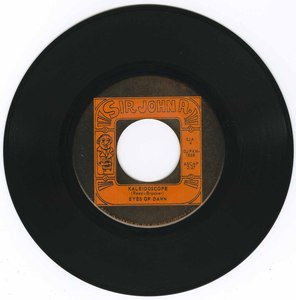 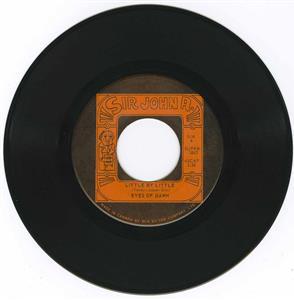 When The Fugitive 4's guitarist, Jack Arseneault, left to join The Five D, he suggested a name change for the group. The freshly named Eyes Of Dawn's first break came when they won a Big 9 battle of the bands across the Rideau River from Ottawa, in Hull, Québec. They spent the next six months honing their skills four nights a week as the house band at the La Petite Souris coffee house. They regularly had to turn away crowds of teens at the door. This caught the attention of John Pozer, who became their manager and arranged a recording session in Montreal, with Don Norman and Ron Greene producing. Shortly after their first single was released, their lead singer, Wayne McQuaid, left to join The Wax Museum and, briefly, Those Naughty Boys. By mid-1967, the group had become fairly well-established on the regional circuit, in spite of going through several personnel changes. Their opening spot for Eric Burdon & The Animals at the Ottawa Coliseum was a memorable occasion: a riot broke out after their set, and the place was destroyed, signalling the end of rock concerts at that venue. They split a few months after the release of their second single, and most of the members went on to join other local groups, including The Townsmen and The Heart. Group leader Terry King still played until recently on the Ottawa scene, having been a member of Cooper, King & Emmerson since the early seventies.