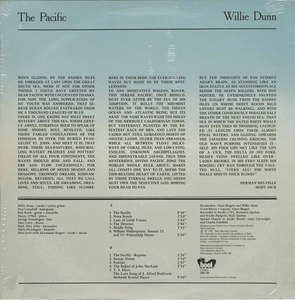 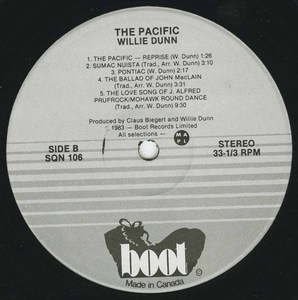 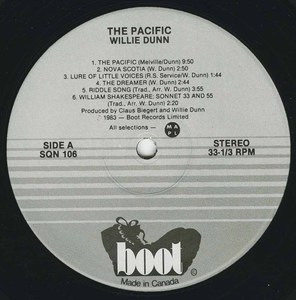 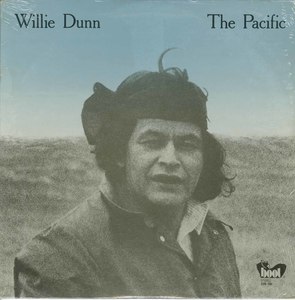 Willie Dunn's second album was something of a landmark. The Canadian Micmac Indian was there in the early days of the popularizing of the folk revival, a part of the action. Along with Ian Tyson and Gordon Lightfoot, he trod down to New York's hoot venues and earned whatever he could. Forty years later, Dunn is a celebrated musician, painter, playwright, director, activist, actor, videographer, and lecturer. He never sought to be a Native American musician, but a folksinger; his work, however, was so closely associated in Canada with the struggle of First Nation people, he became a Native American artist. His two albums, this one and Akwesasne Notes, are considered treasures in Canada. They should be in the U.S., too. In the classic tradition of early Lightfoot and Tyson, Dunn finds his topical songs rooted in the Canadian soil and in their waters. From the spoken poem of "The Pacific" to the dreamy languid "Nova Scotia" to his pairing of a Shakespeare sonnet and an Indian friendship dance and his worship of the land in "Sumac Nuista," Dunn paints vivid portraits of the Canadian landscape and social sphere. The album ends with Dunn pairing T.S. Elliot's "The Love of Alfred J. Prufrock" and the "Mohawk Round Dance." I am sure Elliot would have been scandalized; listeners will be delighted. Essential Re-issue in Germany on Trikont.
-Thom Jurek