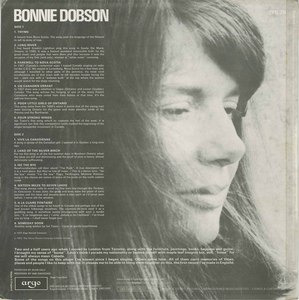 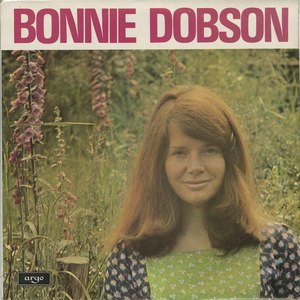 On July 7, one of the true legends of Canadian folk music, Bonnie Dobson, will be honoured at the Mariposa Folk Festival, when her most well-known composition, “Morning Dew,” will be inducted into the Canadian Songwriters Hall of Fame. Dobson first performed “Morning Dew” at the inaugural Mariposa Festival in 1961, launching the song’s journey to becoming an international standard. Here is an excerpt from my book Whispering Pines: the Northern Roots of American Music (ECW Press, 2009) that tells the story, along with five notable versions of “Morning Dew.”

Ian & Sylvia’s farewell to Canada coincided with the event that legitimized the homegrown folk movement, the inaugural Mariposa Folk Festival. The concept paid tribute to humorist Stephen Leacock’s popular book Sunshine Sketches of a Little Town, with the fictional setting of Mariposa substituting for his actual hometown of Orillia, Ontario, northeast of Toronto. Orillia was thus chosen as the setting for the festival, which was spearheaded by two local folk fans, psychiatrist Dr. Casey Jones and his wife Ruth. There was no question that the program needed to draw heavily from the Toronto scene, and Ian & Sylvia were among the headliners on Friday, August 18, 1961, when the festival kicked off. The influx of beer-drinking college students caused some concern among the town’s residents, but the positive response to the all-Canadian lineup was unprecedented. Others who appeared included Alan Mills, the Travellers (Canada’s answer to the Weavers), and Toronto’s York County Boys, the country’s first bluegrass band. The only other performer to match Ian & Sylvia’s freshness that day was Bonnie Dobson. In front of her largest Canadian audience to that point, she took the opportunity to debut a song she had just written, the first, in fact, called “Morning Dew.”

“I think it must have been 1959 or 1960 when I saw a film called On the Beach, and it made a tremendous impression on me,” Dobson says. “Particularly at that time, because everybody was very worried about the bomb and whether we were going to get through the next ten years. It was during my second or third engagement at the Ash Grove, in Los Angeles, in 1961 — I’d always stay with a friend there — and one night there was a gathering at her apartment, when, toward the end of the evening, a discussion ensued about the possible outcomes of a nuclear war. It was all very depressing and upsetting. After everyone went to bed, I sat up and suddenly I just started writing this song. I had never written anything in my life. I’d written some poetry as a kid, but I’d never written songs. This song just came out, and really it was a kind of re-enactment of that film in a way where, at the end, there is nobody left, and it was a conversation between these two people trying to explain what’s happening. It was really the apocalypse, that was what it was about.” Needless to say, the effect of “Morning Dew” at Mariposa was galvanizing, and provided an overdue acceptance of Dobson in her home country.

Bonnie Dobson was born on November 13, 1940, in Toronto, the second daughter in a family that was heavily involved in trade unionism and the music that grew out of it. It was Dobson’s older sister who first inspired her to learn to play guitar and sing, and she welcomed her younger sibling into a circle of friends that included future members of The Travellers, the group that would achieve national prominence in the late fifties for Canadianizing Woody Guthrie’s “This Land Is Your Land.” In addition, Dobson’s teenage years were shaped by summers at a camp near Toronto, where Pete Seeger and other notables entertained on weekends. By then, she had realized that her interest in folk set her apart from most people she knew. Her disillusionment grew during her first year at the University of Toronto, and, just as she was debating whether or not to return for a second year, a friend introduced her to a visiting concert promoter from Detroit who immediately offered Dobson work after hearing her play a few songs. She thought it would be a nice way to spend the summer.

“I did my first tour in May 1960,” she says. “I went down to Denver, Colorado, and sang at the Exodus with Sonny Terry and Brownie McGee. They had been my idols, and suddenly I was playing with them. Then I went off to Los Angeles. There was a festival up in Idyllwild, and the University of California had this arts festival every summer where I ended up teaching Canadian folk songs. I never got back to university [in Toronto]. I just kept going, and eventually I hit New York, where I recorded my first album for Prestige.” Dobson made two records of traditional material, She’s Like a Swallow and Other Folk Songs and Dear Companion, before “Morning Dew” forever changed her life. After Mariposa, the song became the focal point of Dobson’s sets back in New York, and was first captured on tape in February 1962 for her next album, Bonnie Dobson At Folk City. In that intimate live setting, she introduced the song timidly: “This is a song about morning dew, and I hope it never falls on us.” But from there, her bell-clear soprano confidently and unhurriedly navigated the ravaged landscape, pointing out each detail with unsentimental clarity. It was truly a song befitting the end of the world.

[In the wake of Bob Dylan writing “Blowin’ In The Wind,” new attention began being paid to artists writing original material, leading to the next stage of “Morning Dew”‘s evolution…]

For artists like Bonnie Dobson, who lacked [management] muscle, capitalizing on their work was a much different story. “I would meet people, and they would say, ‘I learned ‘Morning Dew’ travelling on a train from St. Louis to Chicago.’ It had sort of travelled like a proper folk song. Then one day [Elektra Records founder] Jac Holzman rang me in New York and said, ‘You wrote ‘Morning Dew’ didn’t you?’ and I said, ‘Yes.’ He said, ‘Have you published it?’ I hadn’t because I didn’t know you had to do that in those days. He said,‘Well, Fred Neil wants to record it, so we would like to publish it.’ So I signed a publishing deal with [Holzman], and that was okay. Fred Neil was the first person to, well, rock it, really, because the way I sang it was actually quite lyrical, and he rocked it. He actually changed the lyrics, as well.”

Neil was a mentor to most of the first-generation Village folkies, and a notable songwriter in his own right. His biggest success before he signed with Elektra was “Candy Man,” for Roy Orbison. Later, he achieved national prominence through oft-covered songs such as “The Other Side of This Life,” “The Dolphins,” and “Everybody’s Talkin’.” But his decision to rearrange “Morning Dew” for his 1964 Elektra album Tear Down the Walls (done with his then-musical partner Vince Martin) marked the next phase of the song’s long, strange trip. Two years later, Tim Rose, a one-time member of The Big Three, along with Cass Elliott (later of the Mamas and the Papas), sought to record the song for his debut album on Columbia, but based his version on Neil’s arrangement. Sensing a chance to copyright these changes, much like he would attempt to do when his arrangement of Billy Roberts’s “Hey Joe” was used by Jimi Hendrix as a template, Rose put his publisher to work.

Dobson says,“I had a call from Manny Greenhill saying that Tim Rose was going to record my song, but he wanted to make a few changes. Greenhill asked, ‘Can you write a new lyric?’ I remember, I was on a plane flying from Toronto to Vancouver to do a television show, sitting there writing this and thinking, ‘What am I doing this for?’ I think what happened was there was no way we could not cut him in on the lyric, because I had performed it and [then] published it. I hadn’t done it the way you’re supposed to do things, so the song was somewhat in the public domain. I never met Tim Rose, but he was subsequently written into the contract. If we’re going to be really honest about this, if anyone should be credited as co-writer or co-lyricist, it should be Fred Neil, because all Tim Rose did was take Fred’s changes.”

“Morning Dew,” now credited to “Dobson-Rose,” would be recorded dozens of times in the ensuing years by pop artists such as Lulu and rock bands such as The Grateful Dead, The Jeff Beck Group, and Duane and Gregg Allman’s Hour Glass. Devo retooled it for the Reagan era, and Robert Plant used it to pay tribute to his hippie roots in 2002. Dobson herself was persuaded to record the song again in Toronto in 1969 for her self-titled album, produced by Jack Richardson and released on his Nimbus 9 label. Soon after that session, she permanently relocated to England. Two more records of mostly traditional material later, Dobson began pursuing a career in academia, which culminated in the late nineties, when she was named head of the philosophy department at the University of London’s Berwick College. By then, the sting of not being fully credited for writing “that song” had partially faded, but not totally.

“The worst part was when I came to England in 1969 and I gave my debut concert at Queen Elizabeth Hall,” Dobson says. “Everybody had thought that Tim Rose had written ‘Morning Dew,’ because he had never mentioned me, at any time, having anything to do with that song. I’ve written songs with other people, and I have never claimed them as my own. I just think it was really a dreadfully dishonest thing to do. I still get my royalty check, but I still consider it quite a grievous injury. I remember when Lulu brought it out in 1967, and they took out a full-page ad in Billboard saying it was Tim Rose’s great hit. I nearly went crazy, but there was nothing we could do.”
-ason Schneider, rootsmusic.ca