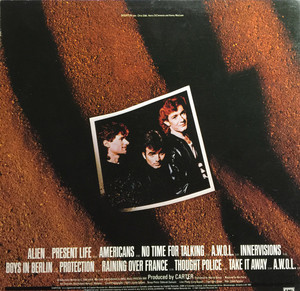 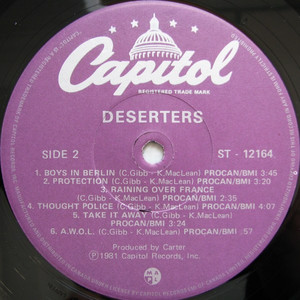 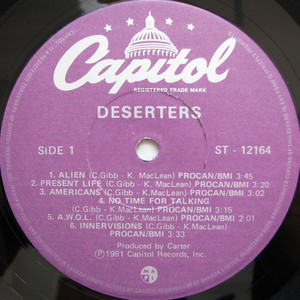 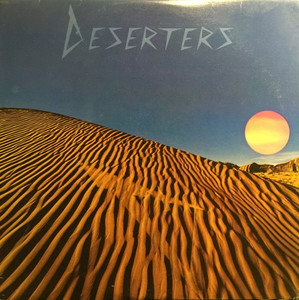 In the late ‘70s, MacLean had worked in Toronto’s bustling punk scene, playing guitar with the Hairdressers, and the Suspects. The latter released an independent single “Over Exposed” in 1978 that received some local airplay and got the band the attention of Capitol Records-EMI Canada which signed them in 1979. Renamed the Deserters, their self-titled debut, produced by John Carter, was released in 1981. A follow-up album “Siberian Nightlife” was released in 1983. The band toured Canada with the Stray Cats before breaking up in 1984

The following year, MacLean joined Platinum Blonde as bassist/keyboardist for its second album, “Alien Shores,” helmed by British producer Eddy Offord. The album, featuring a guest appearance by Alex Lifeson of Rush, included the Canadian hits "Situation Critical,” "Crying Over You,” "Somebody Somewhere" (their only U.S. chart entry), and "Hungry Eyes.”