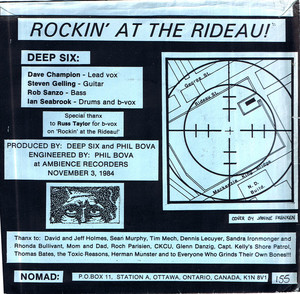 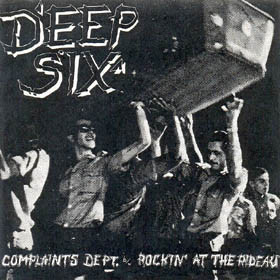 "This is aggressive rock'n'roll distinguished by intriguing vocal choruses on both sides as well as prominent lead breaks. I enjoyed "Complaint Dep't" better of the two songs here, if only for its studied poppishness. Fun."

Dave and Tim had been in "Civil Terror" together, followed by Snuff Maximus. Ian Seabrook had been with Porcelain Forehead and Steve Gelling was in many other bands, including the Restless Virgins, Elastic Collision and Human Interest. Tim went on to form The Bookmen with Dave Bookman, did some solo work and is now entertaining the masses with Tim Mech's Peep Show out of Toronto. Steve Gelling passed away in Toronto, December, 2010.