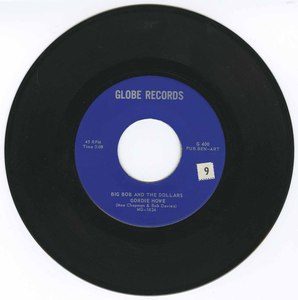 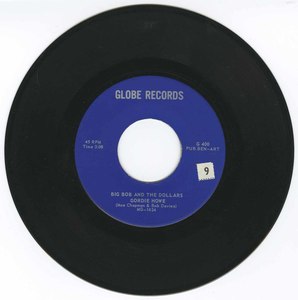 From Floral, Saskatchewan, his story all began
It didn't take him long to be known throughout the land
He's all-star right-winger of the NHL today
Hockey fans from everywhere just love to see Howe play

He's one of the Red Wings, a team of great renown
And when it comes to hockey, Howe's the best in town
He sets up all the rookies playing on his line
We know they all thank him, because he is so fine

So Howe is a big man, he stands 6-foot-2
He plays defence, centre, and on the wings, too
We can say without doubt he can even play nets
We know that Gordie Howe is Abel's best bet

Just count all the trophies big Gordie has won
Records on records, he makes it look like fun
For total points, he has them all beat
And the goal record Howe will soon meet

There was Howe, Lindsay, Abel, a line we can't forget
The greatest line in history, not to be equalled yet
Sid would pass to Lindsay, Ted then back to Howe
He flicked his wrist in lightning speed
And a big roar from the crowd

We mentioned before of his talents galore
And how Howe makes it so easy to score
We all think he's great, his name will never fall
Gordie Howe is the greatest of them all

"In the spring of 1963, Howe was celebrated in a hit song by Montrealer Bob Davies. A bandleader since his teens, Davies had long been a fan of the gifted Howe, the rugged Prairie-born Red Wing. This was heresy in Montreal during the days Maurice Richard was filling the net for the Canadiens. He penned Gordie Howe in rough form in 1959, a year before the Rocket retired, playing it nightly during his four years as emcee and entertainer at a downtown nightclub popular with sport types. An Elvis-like act had earned Davies the nickname "Canadian Jellyhips."

RCA rejected the Howe tune in 1960, saying a song about a Canadian hockey player -- the first ever attempted -- would never sell. Unbowed, Davies polished his draft with Mo Chapman, a good friend. When the Red Wings came through town, Chapman would run lyrics past the song's embarrassed subject, softening a few superlatives upon Howe's request.

Gordie Howe then was recorded, in an hour, for Globe Records by Big Bob and The Dollars, featuring Davies on guitar and lead vocal, Dorothy Dodds on background vocal, Danny Smith on drums, Hugh Dixon on guitar and Norm (Robertson on bass). Davies and Chapman finally took a 78 r.p.m. demo and a portable record player up to Howe's Montreal hotel room. "Gordie was alone, answering fan mail," Davies recalls. "He listened to it, shook our hands and said, 'Well, if you like the idea, go ahead.' "

The NHL's scoring champion and most valuable player that season was a humble superstar who never saw himself as bigger than his team. "Never mind singing it, nobody had ever before said that I was the greatest," Howe chuckles modestly today, softly singing the tune over the phone. "I think I gloated the most when I went to bed at night and nobody could see me."

Howe still has a vinyl copy locked away. Montreal radio wouldn't touch the song at first, reluctant to incite Richard fans -- especially with Howe closing fast on the Rocket's NHL-record 544 goals. So Davies sent it up to CHUM radio in Toronto, where overnight deejay Bob Laine played it at 5 a.m. to huge audience reaction. It was aired again two hours later, flooding the station's switchboard, and became an instant hit. Montreal radio soon was playing the record into dust, and it soared on the charts in all six NHL cities. The tune was featured in the April 23, 1963 issue of 15-cent Maclean's magazine, a glowing review if you disregard the suggestion it was "spectacularly unmusical."

The record was the greatest success of Davies' career, Big Bob earning no dollars but enjoying an increased profile and richer bookings. It also scored him at least one good-natured threat from Canadiens hardrock John Ferguson. The singer recalls Fergy wagging a muscular finger at him at a club one night and saying that "he'd knock my block off unless I sang about a 'proper player.' "

Davies played the Montreal Forum in October 1964, an opening act for the tour of the Dave Clark Five, a sizzling new British band. Five months earlier, he had emceed a huge country-and-western show on the same Forum stage, featuring the biggest stars of Nashville's Grand Ole Opry. He already had long been a popular fixture in Montreal nightclubs and on its radio and TV. His band, the Rhythm Jesters, had been scouted and booked to open a 1957 Australian tour for Frank Sinatra, though Ol' Blue Eyes never showed and the tour was scrapped.

Davies had played Harlem's legendary Apollo Theatre in November 1956 and again the following May at Brooklyn's Paramount, both times for rock 'n' roll radio pioneer Alan Freed. These gigs put him on the same stage as Bo Diddley, The Cleftones, The Pretenders and many more.

Sports became his novelty niche, though no other song matched the popularity of Gordie Howe. Later in 1963, Davies recorded Big John Beliveau, dipped into football with The Mighty Als of Montreal, then wrote Here's To Bobby Hull.

The unrecorded but oft-performed Has Anybody Here Seen Frank Mahovlich? wondered about the Maple Leafs' slumping Big M. No hard feelings; Mahovlich often was a guest in Davies' Toronto home.

Davies re-recorded the Howe tune in 1975, freshened for Mr. Hockey's arrival with the World Hockey Association's Houston Aeros, where he played with sons Marty and Mark. The flip-side of that Broadland Records 45 r.p.m. was an instrumental that for years was played in lounges for singalongs -- karaoke, ahead of its time.

The singer and his wife now of 48 years, Celina, left Québec in 1968. He quit performing regularly a decade ago, and for 12 years has sold cars in Stouffville, outside of Toronto. Three years ago he had a bad winter fall and tore up his shoulder, leaving him unable to play his guitar.

"But I still write like mad," says the author of more than 100 songs. "I hope somebody will record a few of them." He doesn't expect that any would weave the magic of Gordie Howe, and that's fine, too. "The sportswriters put articles in the paper, the radio guys dug it and a lot of folks bought it," Davies says. "Best of all, Gordie liked it.'' "Mo and I only wrote the song. Gordie was the music."