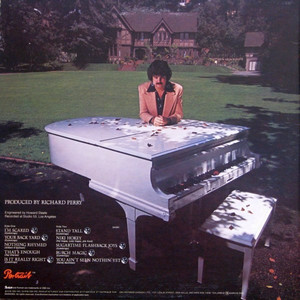 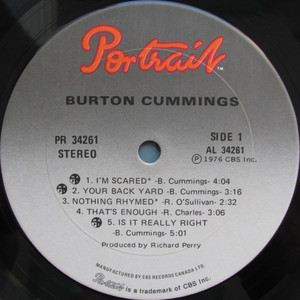 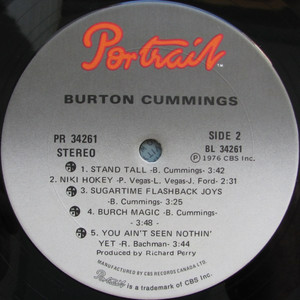 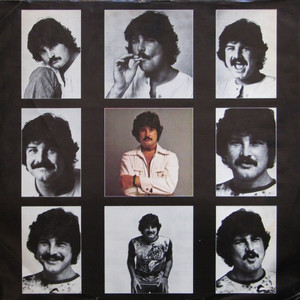 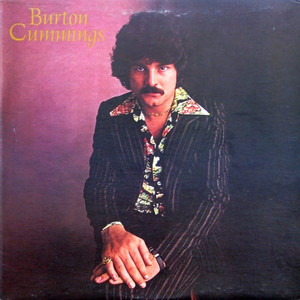 It was only fitting that Burton Cummings should start off his solo career with the song which precipitated his departure from the Guess Who. According to Burton, he brought the song "I'm Scared" to the Guess Who in rehearsal one day but the other band members told him, in essence, "Thanks, but no thanks". Burton has since said that at that very moment, in his mind, he quit the Guess Who. "I'm Scared" is also a fitting title for one embarking on a solo career after leaving the security of an internationally successful group.

Not to be missed: "I'm Scared" is a haunting song about a true experience at the beautiful Cathedral of St. Thomas in New York City. "Your Backyard" is one of Burton's patented piano-driven rockers and remains a perennial concert favourite. "Is It Really Right" is one of my personal all-time favourites. The grand piano break and the multi-layered guitar solo are definite highlights. "Stand Tall" was a huge hit for Burton (top 10 on Billboard) and marked his arrival as a solo artist. The album closes with a take of BTO's "You Ain't Seen Nothin' Yet", a slow version of the song with real four o'clock in the morning flavour. Lounge with horns! All in all, an excellent release and a must-have for all Burton Cummings fans. Released on Compact Disc on 21 September, 1999 with the bonus tracks "Blossom" (demo) and "I'm Scared" (demo). "Blossom", previously done by English singer Georgie Fame, is a nice jazzy piece in a fast 3/4 time with some nice electric piano work by Cummings. The demo of "I'm Scared" has a real live off the floor feel to it, with just piano, bass, drums and voice. It's interesting to hear what Cummings' voice sounds like without any echo or reverb, just a straight, dry vocal. This cut shows an earlier point in the evolution of the song, with lyrics, chords and melody slightly different in places than in the final version. By the way, if you can get your hands on the Quadraphonic version of the LP, it's got incredible ambiance, even in two channel stereo.