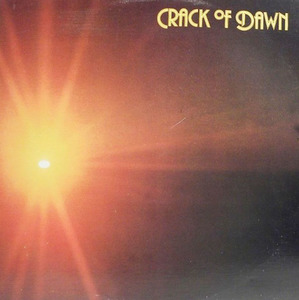 Crack Of Dawn were an R&B/funk outfit who were quite popular in the live dance clubs. The band was formed in Kingston, Jamaica by natives Grant Gabriel, Trevor Daley, Carl Harvey, Rupert Harvey, Mark Smith & Alvin Jones. Grant Gabriel’s sister, Jackie, originally sang for the group. They relocated from Jamaica to Toronto, Ontario in the mid-70's. In 1974 the band attracted interest from Columbia Records of Canada, Ltd.'s head of A&R Bob Gallo and were signed top the label in January 1975, the first Canadian black band to ever sign with a major label.

Another version of Crack of Dawn emerged in 1981 under the leadership of Dwight Gabriel who recorded a new album called 'Horizons' at Kensington Sound. They were only able to get the album released in Europe.