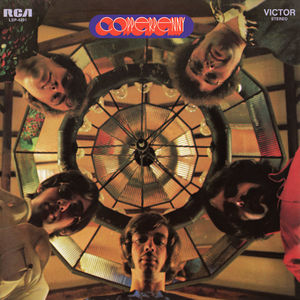 While there are many prophets predicting a shoo-in for those born under the sign of Aquarius, they are merely predicting and with just the stars to help. However, the Canadian recording industry is, in fact, coming into its own and this is not mere speculation; it’s based on fact – the fact that 1969 was the door opener and the bowing of 1970 saw more activity, recording-wise, than in any similar period to date. Although many Canadians had for years been making slight inroads into the international music business, ’69 was the big year when the fuse stopped sputtering and made rapid moves towards the explosive area, which could very well be 1970. The fuse was carried along by names such as David Clayton Thomas, The Guess Who, Motherlode and Steppenwolf (which has a nucleus of Canadians).

Now comes an opportunity to add another name to the growing list: Copperpenny. This group has enlisted the services of producer extraordinaire Jack Richardson, already batting 1000 with his productions.

Copperpenny is from Kitchener, Ontario, not far from the plum of the Canadian music industry, Toronto. Their story goes back two years and several record releases. They’ve gone through a period of struggling and development, and today emerge on this album as seasoned and polished record performers who also equal in person their waxed performance.

One large plus for the group is the fact that they do all their own material and are capable of covering a large range. Whether it is bubblegum or heavy rock, they adapt with ease. Their material is imaginative and will cause the listener to reflect back upon many very acceptable sounds.

This album showcases the highly talented five man group in a package augmented with strings and horns. At times you feel you are listening to a rock classic, while on other cuts you sense the neighbourhood group. It’s also possible to detect an established hit – which will, no doubt, eventually be the case.

With Copperpenny, on disc or in person, be prepared to hear anything. Their bag is not restricted; rather, it is very large and their talents are much larger. They have already become known nationally and they stand on the threshold of breaking into the international market. With this album their musical abilities will be proven.

Meet and listen to the sound of Copperpenny: