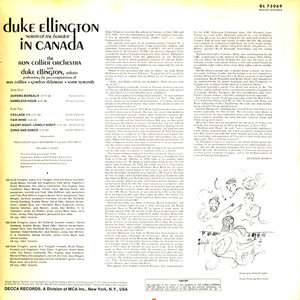 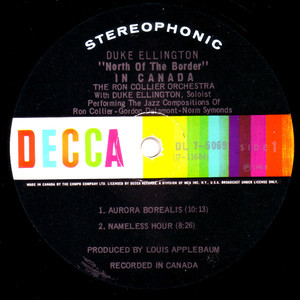 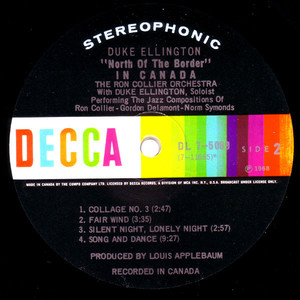 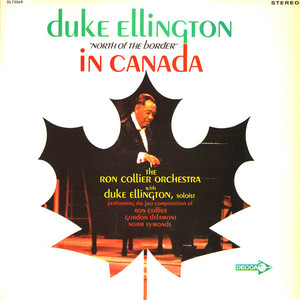 Duke Ellington: "North of the Border" in Canada

Duke Ellington is heard as a guest soloist with the Ron Collier Orchestra in Canada performing six numbers composed and arranged by either Collier, Norman Symonds or Gordon Delamont. In addition to Ellington, the other soloists include flugelhornist Fred Stone, guitarist Ed Bickert and trombonist Butch Watanabe.

North of the Border in Canada (also released as Collages) is an album by The Ron Collier Orchestra performing music by Canadian composers, with American pianist Duke Ellington as the featured soloist, which was recorded in Toronto in 1967 and released on Decca label.