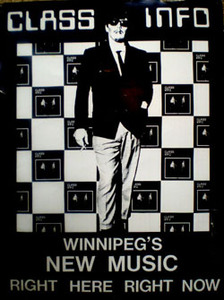 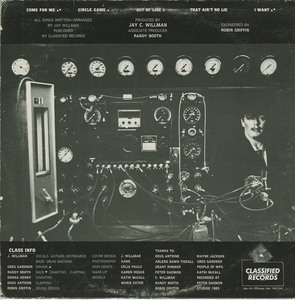 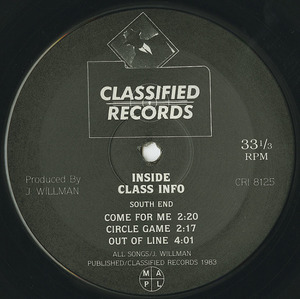 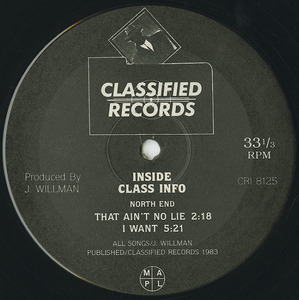 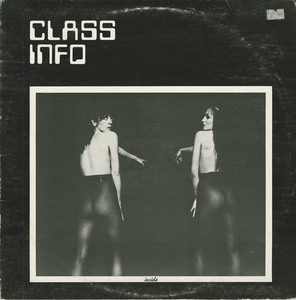 Winnipeg's Class Info released this 12" EP in a limited run of 500 copies way back in 1983 on the indie Classified label, and though few outside Manitoba took notice at the time, the stunning new wave synth sounds contained herein have made the record highly sought after, with sealed copies fetching close to $700. The multi-talented Jay Willman handled vocals, guitar, synth, bass and drum machine, as well as writing all five tracks here, including the quirky guitar/synth workout 'Come for Me', which surely must have had even the chin-strokers dancing back then.

Class Info also issued two of the songs on a 45 rpm single, 'Come for Me' b/w 'Circle Game'. Half of those singles were sent as promos to college radio stations, with the record making it to the number one spot on the University of Manitoba Hit Parade for a few weeks. After taking a few decades off, Willman has a brand new project called Karma180.
-Robert Williston