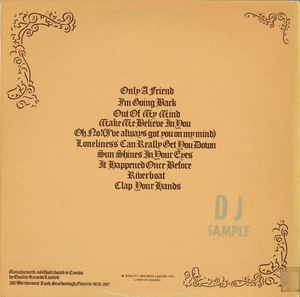 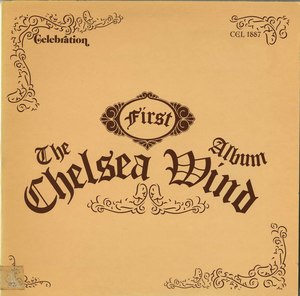 Larry Lee Broderick, from London, Ontario, was the lead singer of Larry Lee and the Leesures. They had a couple of moderate hits in the early '60s including "Toodle Oo Kangaroo". Chelsea Wind was a pseudonym to break Lee as a lounge/adult pop artist. Chelea Wind originally recorded for Greg Hambleton's Tuesday label, but moved to Celebration Records for the 1973 debut album. All the songs on the album were written by prominant Canadian songwriters -- Greg Hambleton, Paul Gross, Rich Dodson (Stampeders), Gary Weeks and Dave Beckett (aka Gary & Dave). Hambleton produced the album at Toronto Sound with future uber-producer Terry Brown engineering.

Hambleton had Lee record the Beau-Marks' "Clap Your Hands" as Lee had been good friends with Beau-Marks vocalist Ray Hutchinson and the song was adopted by The Leesures as their signature tune. The band on the album is the Sound Canada studio band that was the led by Sebastian Agnello. This is the same band that played on at least 100 albums including Gordie Tapp, Diane Leigh, Jack Baily and Gary & Dave.

Agnello was asked to assemble a Chelsea Wind touring band for Lee. Agnello remained on guitar and keyboards, Clint Ryan (of "Hair" and a member of Male Bagg/Spuff) played bass, Sonny Milne (Little Caesar) was on drums, and Yves LeConte (aka "The Evil Count") played saxophone, flute and keyboards. He was amazing. Milne was replaced by Glenn Brown, who was Male Bagg's drummer and also the former singer for Leigh Ashford in the late '60s before Buzz Shearman. This version of Chelsea Wind lasted about a year. Their most prominent performance was at the RPM Music Conference in November 1973.

Larry Lee also had a booking agency and managed some acts including vocalist Linda Lane. In the mid- '70s, he moved to Hendersonville near Nashville (just a few blocks away from Johnny Cash). He started a music publishing company/label called Silver Jingle Music and his office was in the MCA building.
-Canadian Pop Encyclopedia