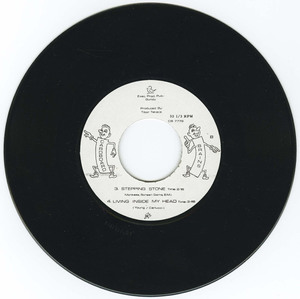 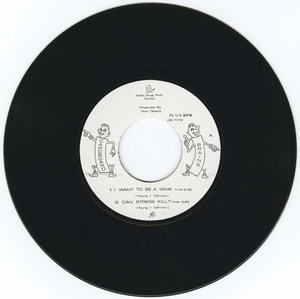 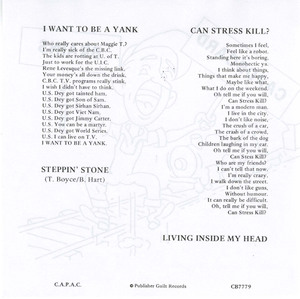 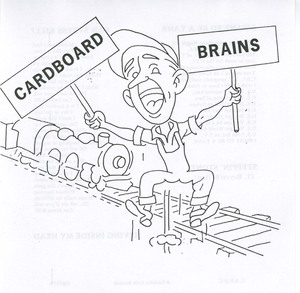 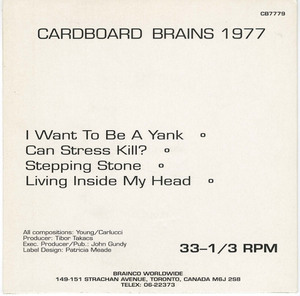 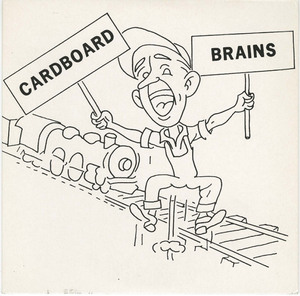 Formed in 1977, The Cardboard Brains helped define the Toronto Queen Street circuit with their tireless work ethic playing clubs like The Edge and The Horseshoe Tavern.

The band released a 7" four song EP called, simply, 'The White EP' in 1977 as they performed alongside such notorious acts as The Viletones, Teenage Head and The Ugly among other notables. With several line-up changes the band continued developing its unique cross of King Crimson-inspired art-punk which led to the release of a 12" 1979's four song follow-up called 'The Black EP' -- which contained the 7" single as a free bonus. That same year the band would achieve its biggest claim to fame when they were immortalized on film and record for their performance as part of the 'The Last Pogo' movie and soundtrack recording.

But, by the following year, John Paul Young yearned for a more stable and reliable format to produce his music and went solo at which time he performed all his own instrumentation in a new set of recordings in 1980 entitled 'The Life Of Ermie Scub' which won a CASBY Award.

The band reunited for The Edge's brief resurrection and anniversary celebration April 26, 1981. Recordings from this performance were released as a live album in 1982 before the band split up for good.

Patrick Gregory went on to become a member of Woods Are Full Of Cuckoos and The Lawn; Vincent Carlucci would form Station Twang with Carl Tafel of Terraced Garden fame; John Paul Young is a successful actor in many Canadian television productions and has contributed to movie soundtracks such as 'The Gate'. He has since resurrected the Cardboard Brains on several occasions for club dates in Toronto, initially to coincide with the John Paul Young And Cardboard Brains 'best of' compilation CD, and then in 2000 as a prelude to a possible new Cardboard Brains recording project.
-John Paul Young, Vince Carlucci, and Paul O'Connell