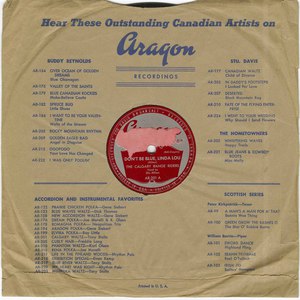 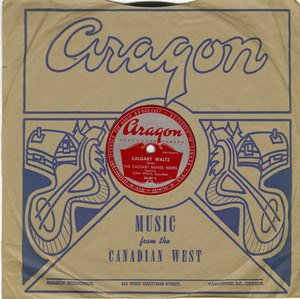 "His real name was William Dixon Hilton and he was born in Saskatchewan, Canada. His boyhood was spent on his dad's farm and he was strumming the uke when he was just eight years old. One day, his dad gave him four dollars and with that, he got his first guitar. About the time Dixie Bill began making a name for himself, Wilf Carter was winning a lot of fans with his yodeling and singing. Dixie Bill began entering some contests and doing Wilf Carter songs and winning those contests.

When he was 16, he was at radio station CKBI in Prince Albert, Saskatchewan. Then later, he moved to Victoria, British Columbia. World War II intervened and he served a five-year stint with the Royal Canadian Air Force.

When Dixie Bill got out of the service, he formed his own band/group, called the 'Calgary Range Riders' and was based in Calgary, Alberta.

He wrote all of his songs and recorded on the Aragon label and had over 200 songs in his library. In 1953, he was at radio station CFOR out of Orillia, Ontario in Canada. They had also started appearing on the two hour broadcast of the "Radio Jamboree" that aired over CFOR, in which a half-hour of the program was aired over the Dominion Network in Canada on Saturday nights."
source: http://www.hillbilly-music.com/artists/story/index.php?id=14016