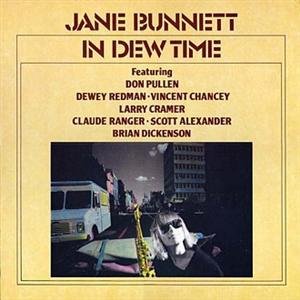 One of the finest soprano saxophonists in jazz of the 1990s, Jane Bunnett originally studied classical piano but tendonitis cut short that career. After seeing the Charles Mingus group in San Francisco, Bunnett was inspired to play advanced jazz. On soprano, she recalls Steve Lacy a bit (who she has studied with), while her flute playing is quite distinctive. Bunnett has always had major players on her records: in addition to her husband, trumpeter Larry Cramer, the late pianist Don Pullen had been a fixture on her records; her 1988 debut for Dark Light also featured Dewey Redman; and she utilized Sheila Jordan and Jeanne Lee. Bunnett has recorded for Dark Light, Music & Arts (a series of duets with Pullen), and Denon. Her most adventurous work is 1991's Spirits of Havana, which matches her playing with many of Cuba's top jazz musicians in Cuba. Jane Bunnett moved to Paris in the mid-'90s. Bunnett continued to record Afro-Cuban jazz throughout the 90's, releasing several critically acclaimed discs for Blue Note records. In 2002, Bunnett took a brief sabbatical from Afro Cuban music and released Spirituals & Dedications, highlighting her interest in both traditional gospel and modern compostions with spiritual themes by Rahsaan Roland Kirk, Stanely Cowell and Charles Mingus.
-Scott Yanow, Rovi