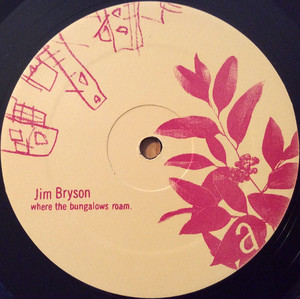 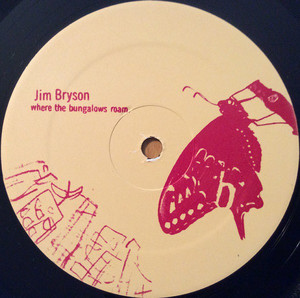 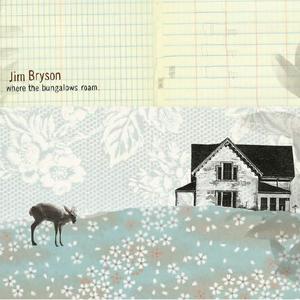 Where the Bungalows Roam

Jim Bryson says he's sick of stamping his feet in the same old puddle. Hooray for that because his restless urge to stretch his musical limits has resulted in a third solo album that's rootsier, mellower and more adult than anything we've heard from him before. Not that there was anything wrong with the jangling rock on his first two discs but the restrained arrangements of Where The Bungalows Roam allow the subtler aspects of Bryson's songwriting - his considered lyrics, delicate hooks and damned catchy choruses - to take centre stage for a change. Quirky touches like sudden, theatrical bursts of organ and cello beckon you into this new batch of songs like a pair of bedroom eyes. This is a more tender side of Bryson, a side that was always present in his lyrical themes but one that was sometimes buried by his guitar-shredding solos. This is a lovely evolution for one of Canada's most underrated songwriters, and one that will hopefully help him finally transcend that unfortunate label.
-Rachel Sanders, Exclaim Apr 18, 2007

How was the songwriting process different this time?
It was sort of an accidental record and a record of convenience, in that I was making it on stops home when I was on tour with Kathleen Edwards. I'd just poke away at demos and when I had slowly accumulated about eight songs, I thought, "I might as well try recording these.

Why such a different sound on this album?
In my living arrangement I play songs really quietly because I play music quite late. And I wasn't rehearsing with a band regularly so I wasn't bringing anybody songs to bash out and sing loud. I realize there's going to be people that'll say, "where's your guitar player and your ripping guitar solos and rock songs? but I wanted to try something different. It doesn't mean I won't make a band record ever again, but I think records should reflect how you feel and I felt that "turn up the quiet wasn't a bad idea for me.

Does that allow some of the subtler features of your songwriting to stand out?
It definitely exposes things and makes you really self-conscious about what you're singing and doing, which is a good balancer because you can't get away with things that you just could have mumbled through if you had a band. I know it's a cliché to say it's the most honest I've felt making a record but really, it's a record I made for myself.