Bryanton, Rob - Alcohol And Other Drugs 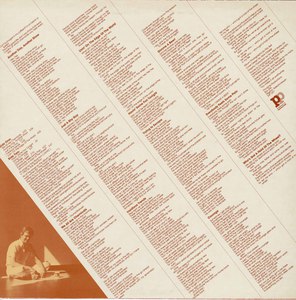 Rob Bryanton - Alcohol And Other Drugs 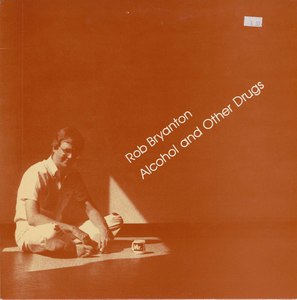 Alcohol And Other Drugs

"Rob Bryanton has worked in music, film, and television for most of his life. He made his first record at twelve, and was host/music director of a 1974 CBC-TV music series at the age of twenty. Rob has been nominated 10 times for Canada's prestigious Gemini Awards, 5 times in the category “Best Original Music Score for a Dramatic Series”, and 5 times for “Best Sound for a Dramatic Program”. Other composing/mixing projects for Rob include the hugely popular series “Corner Gas”, and two CBC-TV mini-series “Prairie Giant: The Tommy Douglas Story”, and “The Englishman’s Boy”. Rob was also responsible for the theme and underscoring on CBC’s "Canadian Antiques Roadshow". An active volunteer in his community, Rob is the past President of the Saskatchewan Motion Picture Industry Association.

Rob is also a published author, with a successful science/philosophy book about the nature of reality, called “Imagining the Tenth Dimension”. Famous science author Greg Bear (winner of both the prestigious Nebula and Hugo awards) had this to say about Rob’s book: “A fascinating excursion into the multiverse—clear, elegant, personal, and provocative”. Well-known author and research scientist David Jay Brown called Rob’s book “one of the most brilliantly conceived and mind-stretching books I have ever read”. The companion website for the book, found at www.tenthdimension.com, has attracted over four million unique visitors from around the world since its launch.

Rob now owns Talking Dog Studios and has a full-time staff of 10 year round, creating employment for as many as 14 additional engineers during the busy part of the post production year. With three main studios and fourteen ProTools workstations, Talking Dog is one of the largest audio post facilities in Canada. Rob is also the past President of the Saskatchewan Motion Picture Association, a board member of SaskInteractive, and is an active volunteer in his community. A typical stubborn prairie boy, he is proud to have built a career for himself as a composer, sound mixer, and author without ever having to leave his home town, and to have been a part of Saskatchewan's burgeoning film and television industry since it began.

Rob lives in Regina with his wife Gail, and they have 2 grown sons, Todd and Mark."

On the topic of alcohol, Rob comments: "I've remarked that I think it's remarkable that the only mind-altering substance deemed acceptable by those in control of society is the one that no one has ever told me they used to help them gain further insights about the nature of reality!

As a professional musician, I've met my share of people over the years with major drinking problems who spend so much of their time soused that their neural pathways seem to have been wired to expect alcohol in their systems - which means they can't play their instruments as well until they've had three or four drinks.

I think alcohol is a dangerous drug, myself, and should be handled with care. I drink alcohol myself because society says it's acceptable to do so, and I think there is something to be said for a group of people having a few drinks together and enjoying each other's company, but by the time you are in a state I would call "drunk" I'm very surprised to hear you think something becomes clearer inside you, that is not a viewpoint I've heard before."