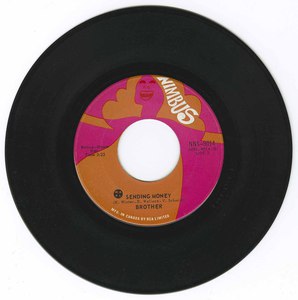 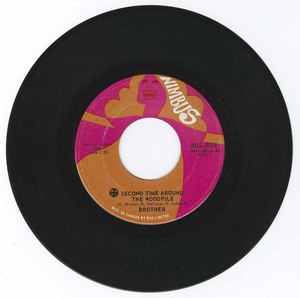 holy grail collectable for Guess Who fans, with that unmistakeable Manitoba sound..

Chicago, Illinois, 1971 - Kurt had been with the Guess Who for just about 1 year. After their success with "Bus Rider" and "Hand Me Down World," Kurt, Vance, and Bill go into the studio and record two songs, "Sending Money" and "Second Time Around The Woodpile," released under the name Brother.

In an interview, Vance Schmidt had this to say about this single: "It received very little airplay because the radio stations thought it was too heavy. I've got the original acetate and one 45, but I don't think you can find a copy anywhere. If it's out there, I'd sure like to know. It was only released in Canada."